For the first time, Trump addressed the Capitol riot, not only denying any responsibility for the Trump followers who broke into the Capitol leaving five dead, but falsely claimed ANTIFA was to blame.

‘If you read my speech – and many people have done it and I’ve seen it both in the papers and in the media, on television, it is been analyzed – and people thought that what I said was totally appropriate,’ he said as he boarded Air Force One to head for Alamo, Texas, on the Mexican border, to inspect his wall. ‘They’ve analyzed my speech and my words and my final paragraph, my final sentence and everybody to a tee thought it was totally appropriate. ‘ 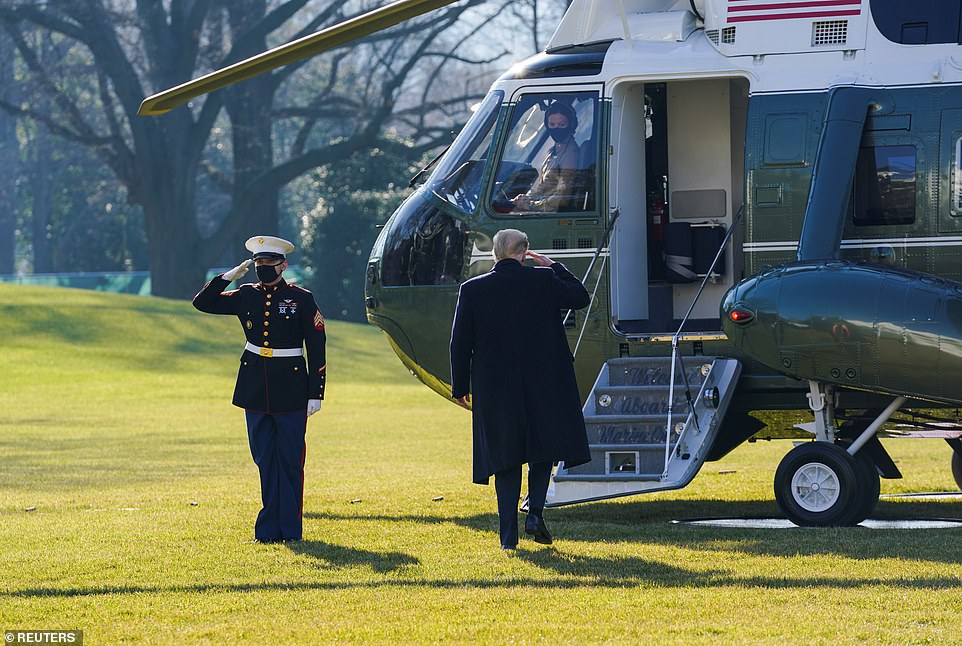 What is the President angry about? Naturally, he’s ‘furious’ about the impeachment effort saying it’s the Democrat’s fault and conveniently not mentioning that some Republicans also favor impeaching him.

‘And on the impeachment, it’s really a continuation of the greatest witch hunt in the history of politics. It’s ridiculous. It’s absolutely ridiculous. This impeachment is causing tremendous anger,’ he said.

Claiming he wants no violence – despite him calling for exactly that before the mob at the Capitol — the fear is that his blind followers will disrupt the Biden inauguration.

Meanwhile, Speaker Nancy Pelosi set an ultimatum Monday that if Trump does not resign or Vice President Mike Pence does not invoke the 25th Amendment, the House will move forward with impeaching the president for a second time.