Despite evidence to the contrary, President Donald Trump continues to spread fear about the immigrant caravan working it’s way through Mexico, claiming that it includes ‘very tough fighters’ who have fought ‘viciously.’

Previously, Trump had called the families traveling on foot an ‘invasion’ further stoking anger and fear, though by all reports the immigrant families are just looking for a better life for their children, away from the violence and poverty of their home countries. 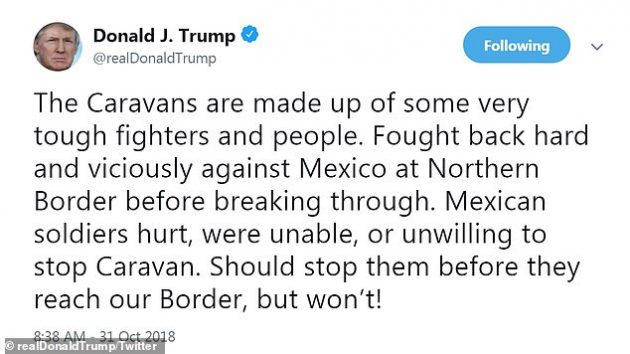 The caravan has now shrunk t0 4,000 people near Oaxaca and according to a CNN analysis, it could take weeks for them to reach the border, depending on what route the caravan takes. Meanwhile, Trump continues to ramp up his rhetoric. 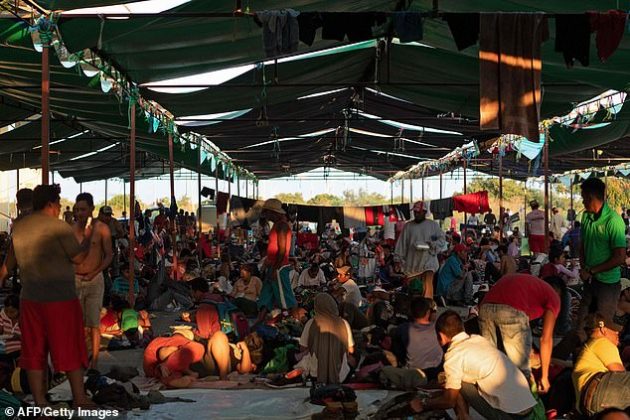