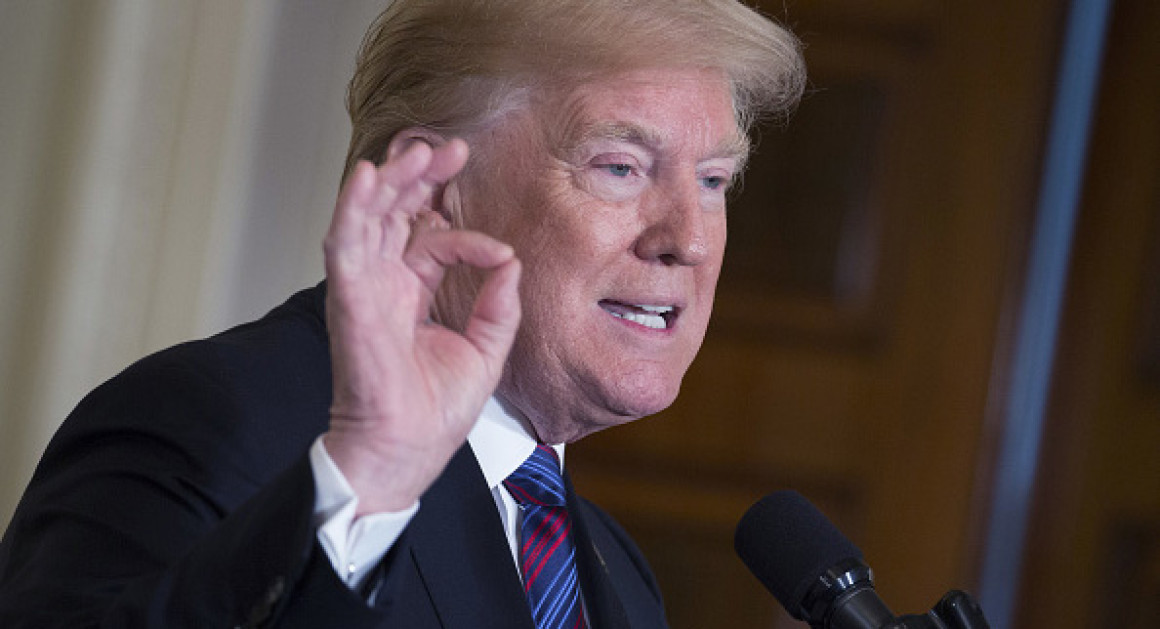 President tool his own national security team, and the US allies by surprise when he tweeted that ‘nice and new and ‘smart’ missiles’ would be fired, even though there was no plan in place.

After what we suspect was some scolding by his military advisors, the President backtracks on what he said (again.) :

‘Never said when an attack on Syria would take place. Could be very soon or not so soon at all! In any event, the United States, under my Administration, has done a great job of ridding the region of ISIS. Where is our “Thank you America?’

Meanwhile, the UN has warned Russia and the US against letting the crisis over the Syrian gas attack ‘spiral out of control.’ 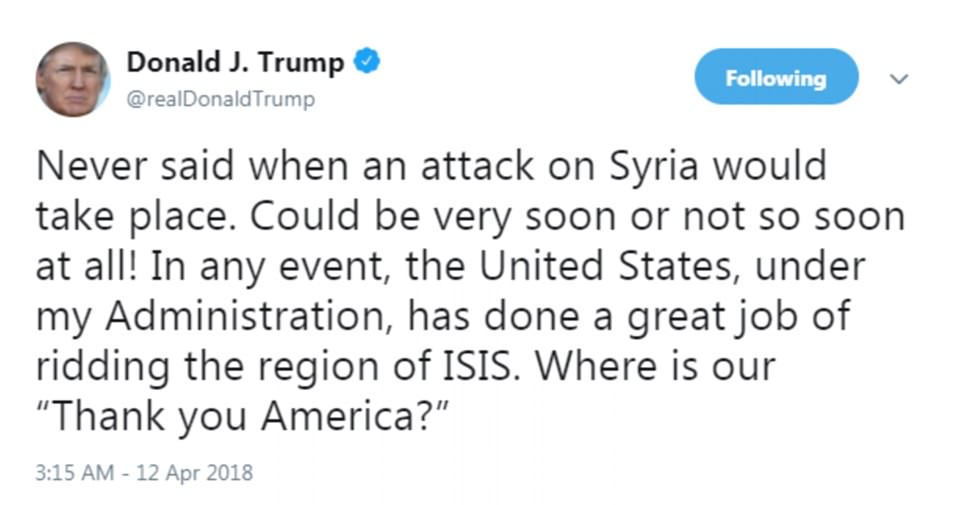