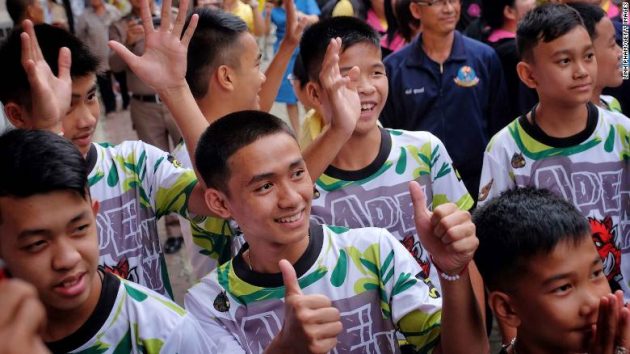 CHIANG RAI, THAILAND – JULY 18: Twelve boys and their coach from the “Wild Boars” soccer team arrive for a press conference for the first time since they were rescued from a cave in northern Thailand last week.

After a dramatic rescue and a hospital stay, the world got a look at the 12 now healthy Thai boys, aged 11-16 at a press conference.

To a rapt audience, the Wild Boars Football team described their ordeal.

“We realized we were trapped on our way back,” said Ake, the coach, adding that they had initially tried to swim out. When that failed, they debated whether to go back or forward and decided to retreat further inside the cave in the hope of finding another exit.

“I was really afraid at that moment,” said one of the boys. Instead of panicking, they took turns trying to dig their way out and drinking the water that trickled down the limestone walls to stay alive. 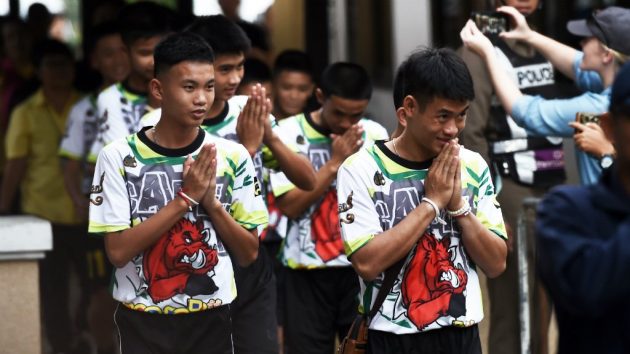 In a moving gesture, Ake said they felt guilty about the Thai diver who lost his life in the rescue and all the boys thanked  Mr. Kunan for his sacrifice. “