During a press conference, a reporter asked Senator Ted Cruz if he would mind putting on a mask:

‘Yeah, when I’m talking to the TV camera, I’m not going to wear a mask,’ Cruz responded, adding: ‘All of us have been immunized, so…’

The reporter is then heard saying ‘it’d make us feel better.’

‘You’re welcome to step away if you’d like,’ Cruz replied.

‘The whole point of the vaccine – CDC guidance is what we’re following,’ he said.

Once again, Cruz has it dead wrong. 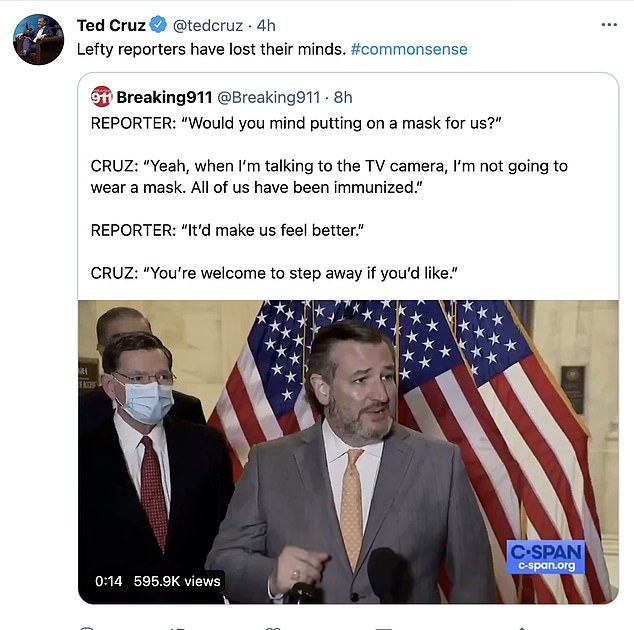