An Alberta cat rescue named Gary is now an Instagram celeb after his owner, James Eastham, posted pics of the so-called ‘Adventure Cat’ skiing, hiking, and paddling (Gary isn’t fond of rowing though so James does most of the heavy work.) 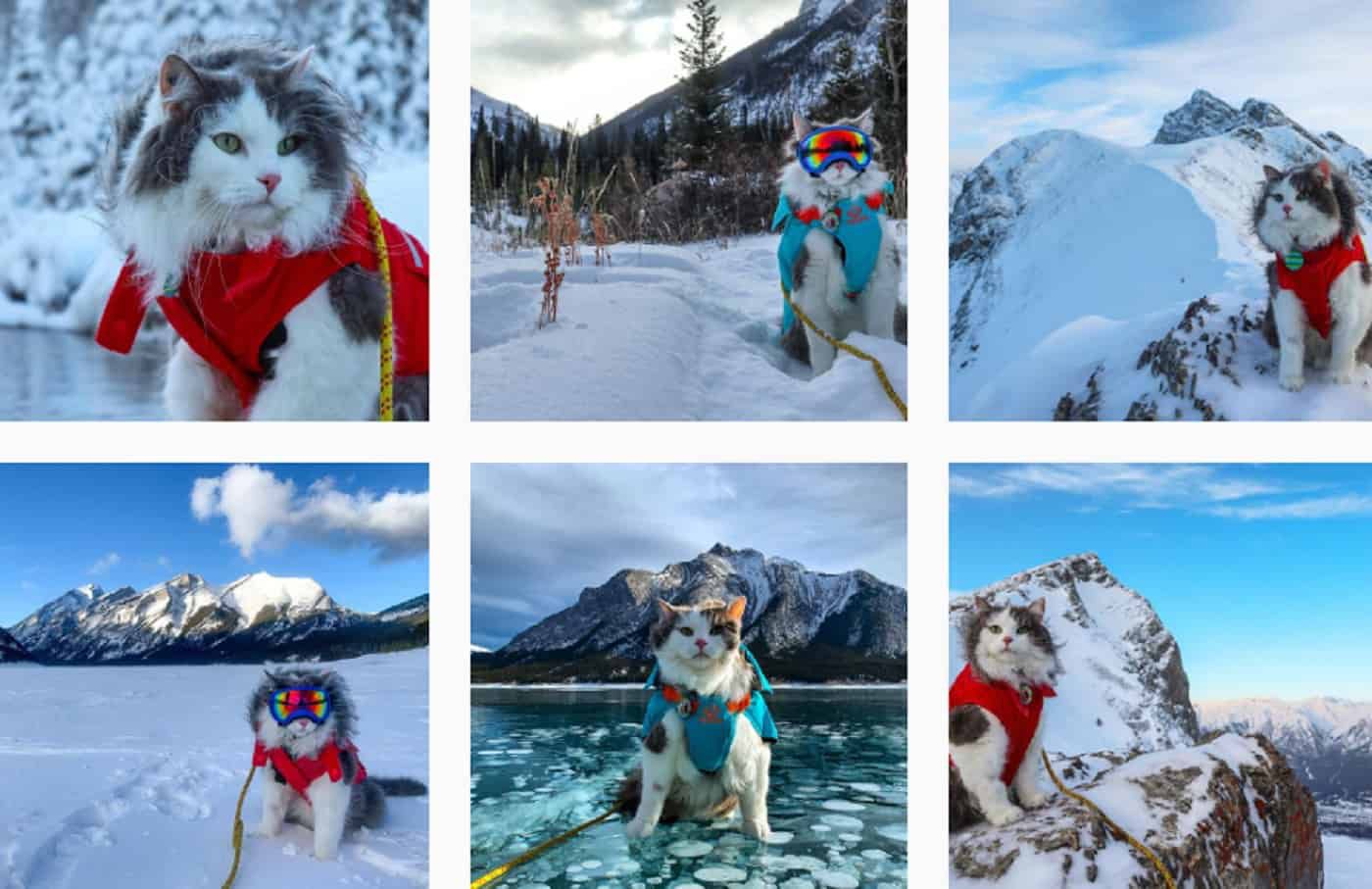 According to James, when they first got the adorable kitty he kept trying to escape so they decided to leach train Gary.

“Gary tried to escape our apartment, so we decided if he wanted to go outside, he’d have to go out on a leash,” Eastham told the CBC.

“So we started harness training him. And as he got more confident and happier outside, we just kind of slowly started going on longer excursions — first just to the local park, and then shorter hikes.

“And eventually day hikes, paddling and even skiing.”