Wa Lone, 33, and Kyaw Soe Oo, 29, were pardoned by President Win Myint as part of New Year’s amnesty custom in which thousands of people were finally released from the country’s squalid prisons.

Thanks to an international lobbying effort by journalists around the world, the two were not forced to serve a seven-year sentence. They thanked their supporters and, after a medical check, were rushed to their waiting families.

“I’m really happy and excited to see my family and my colleagues,” said Wa Lone as he left the prison. “And I can’t wait to go to my newsroom.”

Human rights lawyer Amal Clooney served as counsel to the journalists and Reuters. 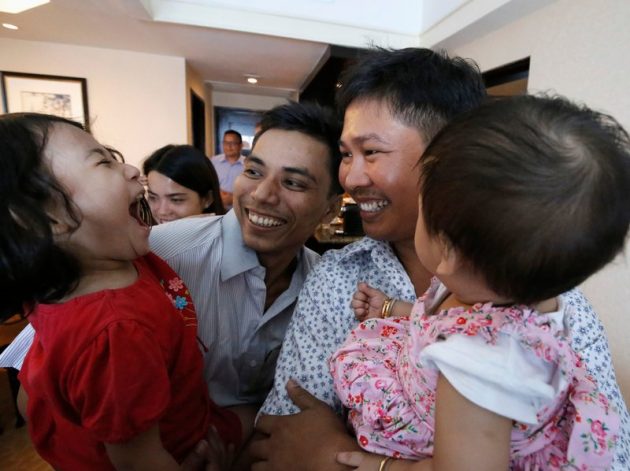