As a ramp-up to the Super Bowl (helllllo, Los Angeles!) the NFL held a special event at the Petersen Automotive Museum with chef demonstrations, food pop-ups, cheerleaders, football stars, and of course, cars.

The NFL partners with GENYOUth which raises money for the 1 in 4 children in the U.S. who are food insecure.

So while enjoying all the food, drinks and entertainment, money was donated to GENYOUTH’s End Student Hunger Fund, which helps deliver school meals to students who rely on them.

With a cook-off with celebrity chefs Carla Hall, Andrew Zimmern, Lasheeda Perry, Ming Tsai, and Mark Bucher, demonstrations by both the Super Bowl team’s cheerleaders and special guests, there was no lack of things to do. 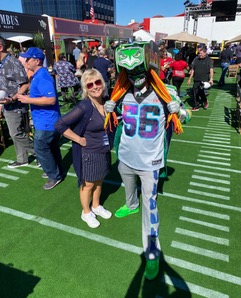 Editor with Rams Fan at NFL Taste of LA event.

NASCAR’s Bubba Wallace and Olympians Allyson Felix and Lindsey Vonn were among the celebrity guests and fans could tour the Petersen Museum and marvel at all the cars, including the James Bond Collection.

Having fun while raising money. ..what could be better? 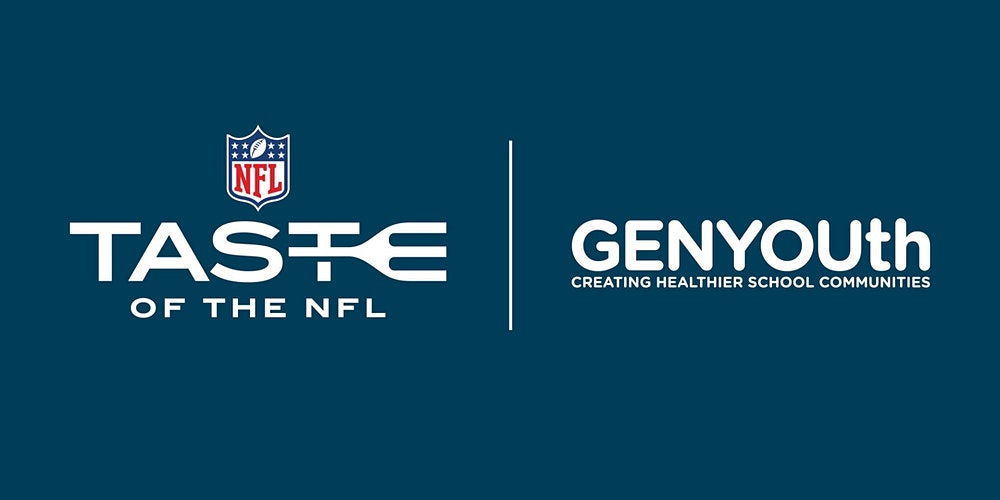