After almost a week of protests closed down The Ambassador Bridge by truckers against Canada’s COVID vaccination mandates, demonstrators were ordered to clear the area. The bridge is essential to trade between the US and Canada.

Police warned vehicles could be seized and forfeited in the case of conviction, and Ontario Premier Doug Ford warned of stiff fines and prison sentences.

“Let me be crystal clear: It is illegal and punishable to block and impede the movement of goods, people and services along critical infrastructure,” Ford tweeted Sunday. 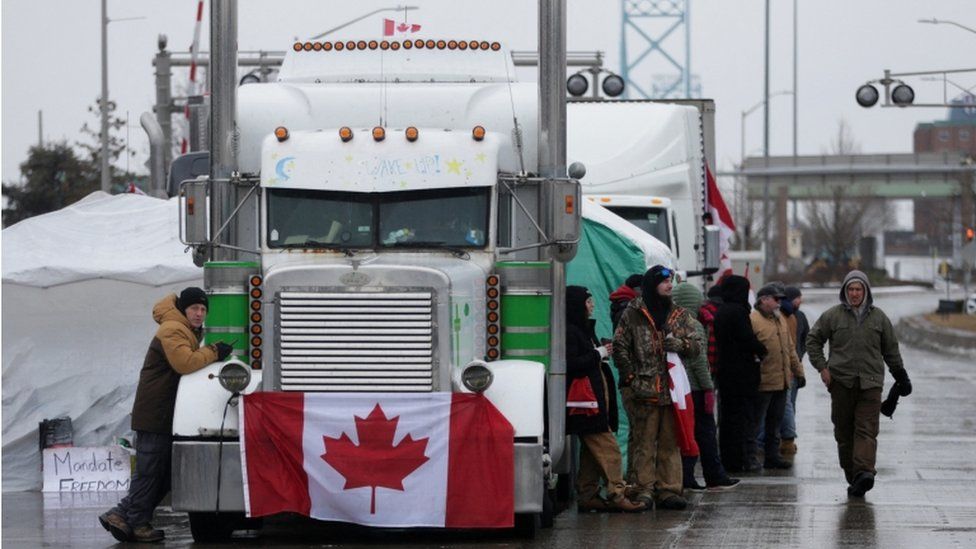 By Saturday morning most of the blockage was cleared.
However, the so-called ‘Freedom Convoy’ inspired similar protests in Paris and New Zealand though plans to disrupt the Super Bowl in LA didn’t materialize.