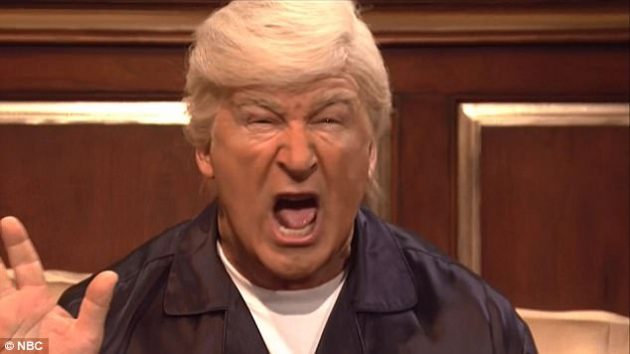 Playing up their scripted surprise, the characters asked, ‘From who?’

‘From you guys,’ Baldwin’s character responded.

Baldwin’s Trump went on to brag about how his ratings for the SOTU supposedly beat out the Fox News show.

‘[It] was watched by 10 billion people,’ Baldwin’s Trump said, talking about the speech.

‘A lot of people are saying, even Paul Ryan, that it was better than Martin Luther King’s I Have a Dream of Jeanie speech.’