In the movie based on the novel ‘The House of Gucci: A Sensational Story of Murder, Madness, Glamour, and Greed ‘ Lady Gaga plays wife Patrizia who plotted the murder of her husband, Maurizio Gucci, played by Adam Driver.

In the sensational ripped from the headlines story, Patrizia was found guilty of paying a hitman to murder her husband, the 46–year–old Gucci, an heir to the fashion empire.

For the first time, we spotted Jared Leto who plays the late fashion designer Paolo Gucci.

(Yes, that’s Leto is in the bald wig and grey mustache.) 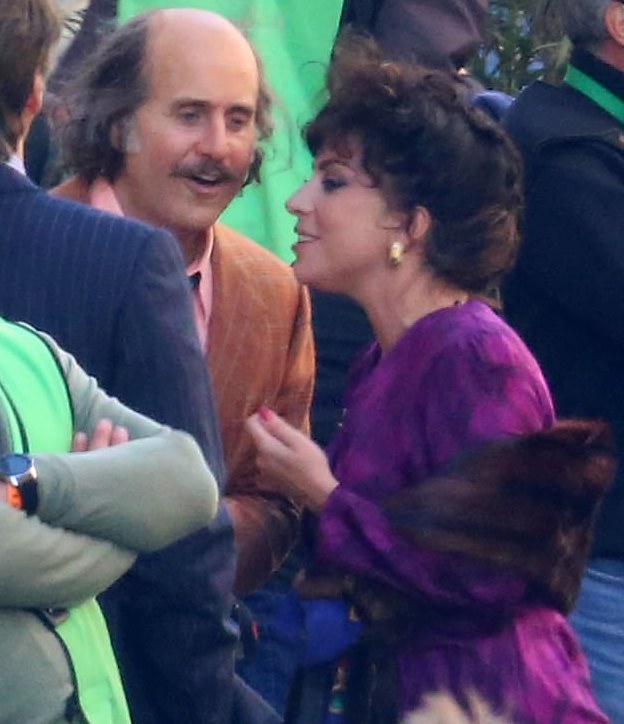 The new movie is scheduled to be released on November 24 2021.