In case you missed the Grammys — what were you doing anyway? — here is a quick highlight reel.

Jon Baptiste, Olivia Rodrigo and ​ Silk Sonic( the team of Bruno Mars and Anderson .Paak) took home most of the Gramophones and the show had more of a feel of a concert than an awards show….always a good thing.

But the show-stopping moment came courtesy of Ukrainian President Volodymyr Zelenskyy who spoke via a video link, reportedly from a bunker somewhere in his country.

″The war. What is more opposite to music? The silence of ruined cities and killed people. Our children draw swooping rockets, not shooting stars. Over 400 children have been injured and 153 children died. And we’ll never see them drawing,” he said. “Our parents are happy to wake up in the morning in bomb shelters, but alive. Our loved ones don’t know if we will be together again. The war doesn’t let us choose who survives and who stays in eternal silence.” 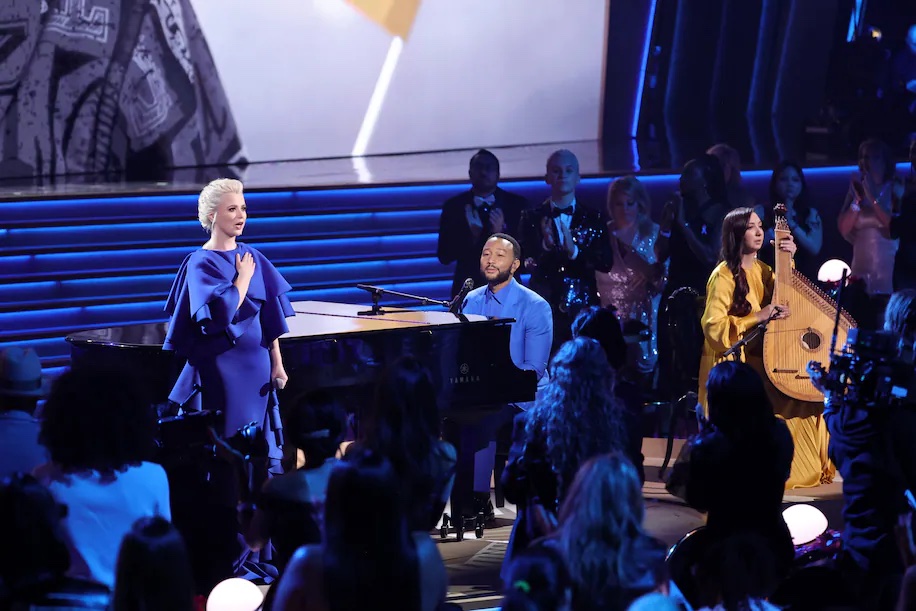 How do you follow that? With a performance by John Legend singing his new song ‘Free’ with  Ukrainian musician Siuzanna Iglidan,  singer Mika Newton; and Poet Lyuba Yakimchuk, who fled Ukraine only days ago, and read a poem asking for protection for her country and her family.