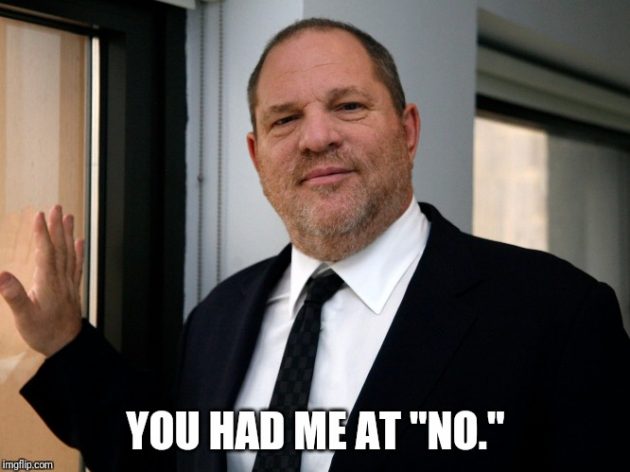 Hollywood was in a tizzy following rumors of a Harvey Weinstein sighting at a the Beverly Hotel where the Globes will take place Sunday night. One of Weinstein’s many accusers, Rosanna Arquette tweeted ‘I smell a rat’ as the rumor spread.

Actress Ellen Barkin also Tweeted: ‘Is serial rapist harvey weinstein in los angeles? on the wknd of the Golden Globes. Why? WHy? WHY?’ and also, ‘I forgot to say ”alleged” …because i know better.’