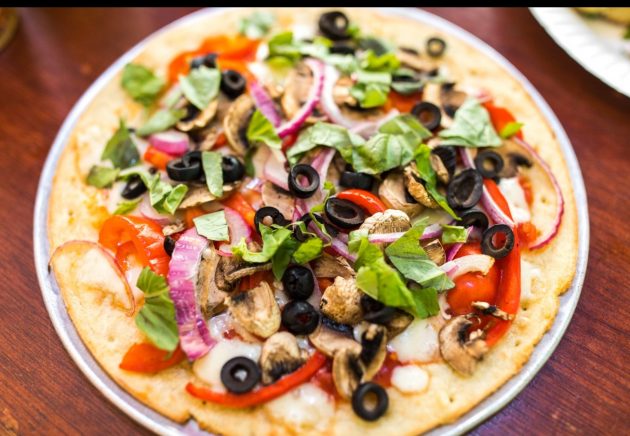 Joe’s Pizza has added a gluten-free veggie pie with vegan mozzarella and marinara on a cauliflower crust — of course with it’s famous New Yawk crust.

Joe’s pizza is the kind of place you take your annoying New York friends when they complain that they can’t get a ‘good slice of pie’ in L.A. 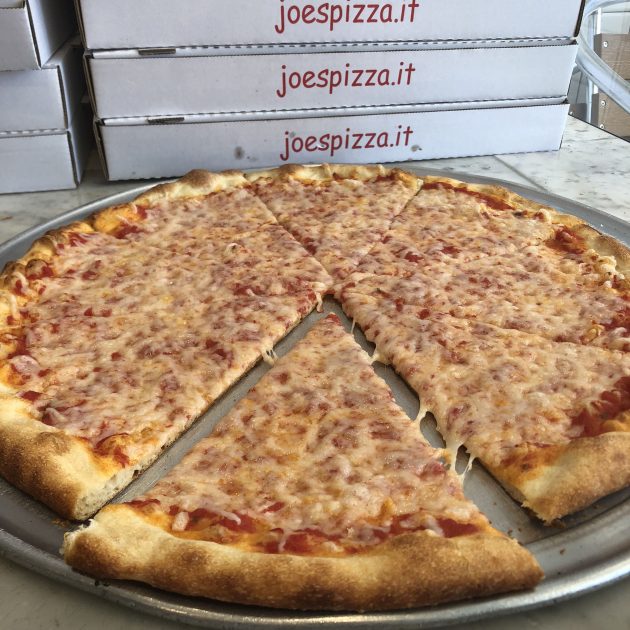 The chef is Giuseppe ‘Joe’ Vitale from Sicily who’s been in the pizza making business his whole life, first in N.Y. and now in 3 locations on the West Coast including Hollywood,  West Hollywood, and downtown L.A.

Known for its thin crust and toppings from family recipes, it’s the ‘New York Pizza for the West Coast.