It started on Friday when the WSJ reported that Las Vegas Raiders coach Jon Gruden wrote ‘Dumboriss Smith has lips the size of Michelin tires,’ in a 2011 email, referring to NFL union chief DeMaurice Smith, who is Black.

Then it escalated on Monday when The New York Times revealed that Gruden whined that NFL commissioner Roger Goodell was a ‘f*****,’ adding that he was ‘clueless’ and ‘anti-football.’ If that weren’t enough, Gruden ranted that Goodell shouldn’t have pressured the Rams to draft ‘queers,’ a reference to Michael Sam, the first openly gay player drafted by an NFL team. 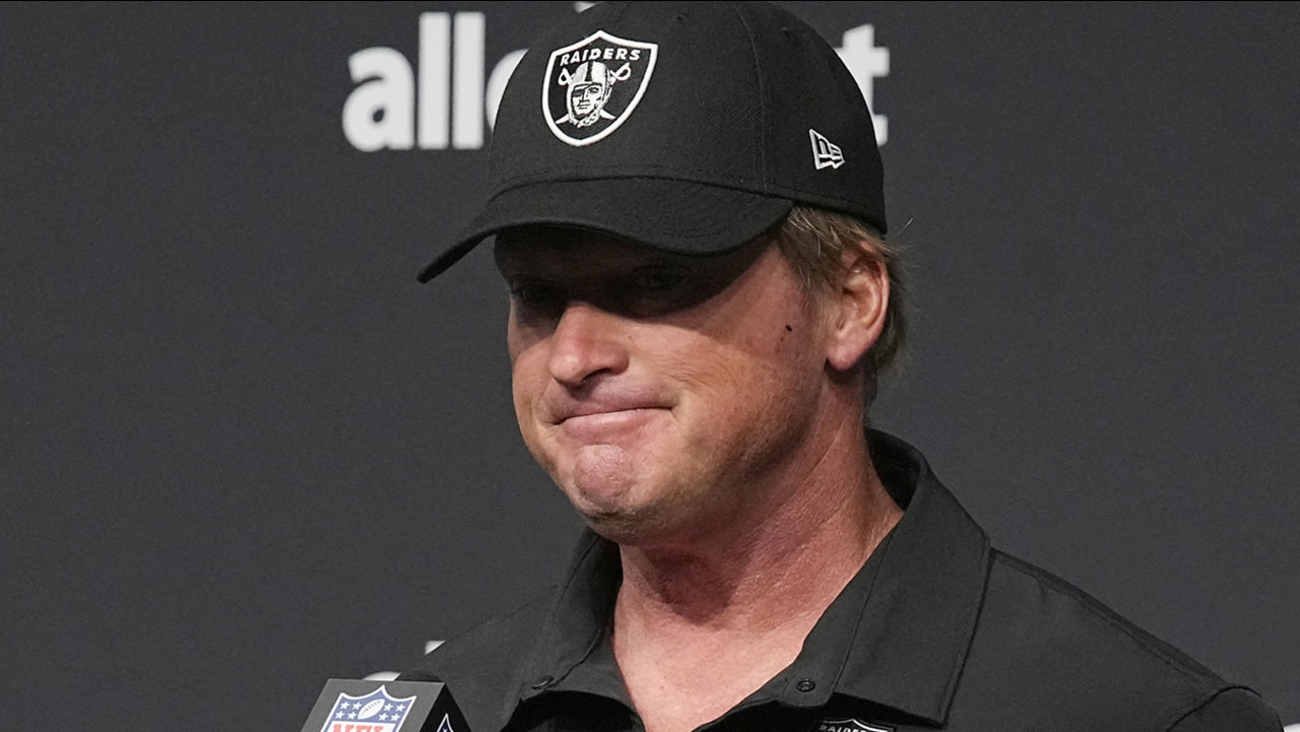 Oh yeah, and Gruden also said a player who knelt for the national anthem should be fired and called Joe Biden a ‘clueless p****’

The racist, homophobic and misogynist head coach resigned Tuesday saying in a statement:

‘I have resigned as head coach of the Las Vegas Raiders.

‘I love the Raiders and do not want to be a distraction. Thank you to all the players, coaches, staff, and fans of Raider Nation. I’m sorry, I never meant to hurt anyone.’