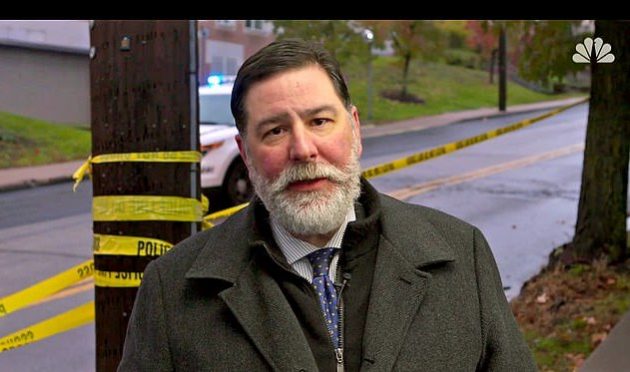 After Trump stated imperiously that an armed guard inside the Tree of Life synagogue ‘they might have been able to stop (the shooter) immediately’ Pittsburgh Mayor William Peduto refuted the President’s claim, saying:

‘I don’t think that the answer to this problem is solved by having our synagogues, mosques and churches filled with armed guards or our schools filled with armed guards. I think we’re dealing with an irrational person who acted irrationally. And trying to create laws around that is not the way that we should govern. We should try to stop irrational behavior from happening at the forefront. And not try to create laws around irrational behavior to continue,’ he said Sunday on NBC’s “Meet the Press.”

Meanwhile, the police released the names of the 11 victims of all 11 victims, aged 54 to 97. The shooter, who was wounded by the SWAT team, remains in the hospital under the watch of police officers.