Speaker Nancy Pelosi just announced that the House of Representatives would begin drafting impeachment articles against President Trump, charging him with ‘high crimes and misdemeanors.’

In her dramatic statement, Pelosi said it had become clear that if Trump stayed in office, it would come at “the peril of our republic.”

“His wrongdoing strikes at the very heart of our Constitution,” Ms. Pelosi said, adding  “Our democracy is what is at stake. The president leaves us no choice but to act because he is trying to corrupt, once again, the election for his own benefit.” 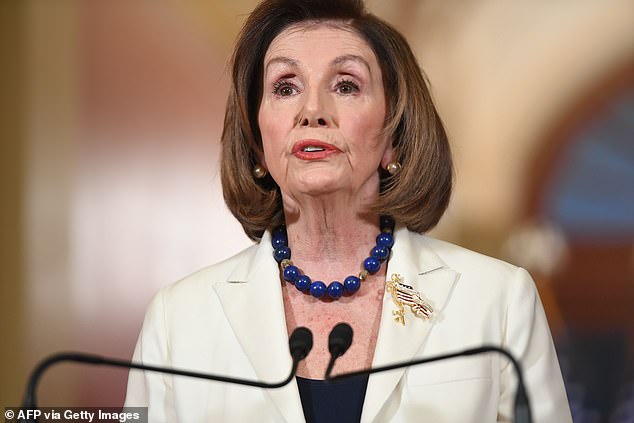 ‘The president leaves us no choice but to act, because he is trying to corrupt, once again, the election for his own benefit,’ Pelosi said.

‘The president has engaged in abuse of power, undermining our national security and jeopardizing the integrity of our elections,’ she continued. ‘His actions are in defiance of the vision of our founders and the oath of office that he takes to “preserve, protect, and defend the Constitution of the United States.”‘

‘Sadly, but with confidence and humility, with allegiance to our founders,  and a heart full of love for America, today I am asking our chairmen to proceed with articles of impeachment.’