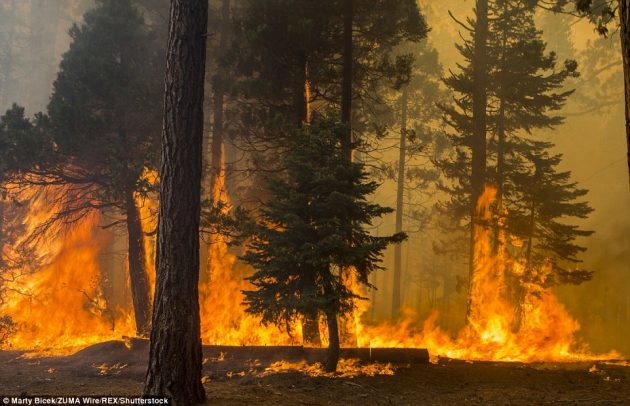 The good news first: Firefighters in Northern California were beginning to gain ground Tuesday against a record-breaking wildfire in Lake County.

The bad news: The Mendocino Complex fire, which has the dubious distinction of becoming the largest wildfire in California history on Monday night, had burned more than 290,000 acres as of Tuesday morning. And 18 fires continue to rage throughout the state.

Big enough to create its own weather, a ‘Fire Tornado’ was captured on this video.