So an fellow by the name of Richard Michetti texted his EX in the middle of storming the Capitol to say she was “a moron” if she didn’t believe the election was stolen. She turned right around and turned him in. 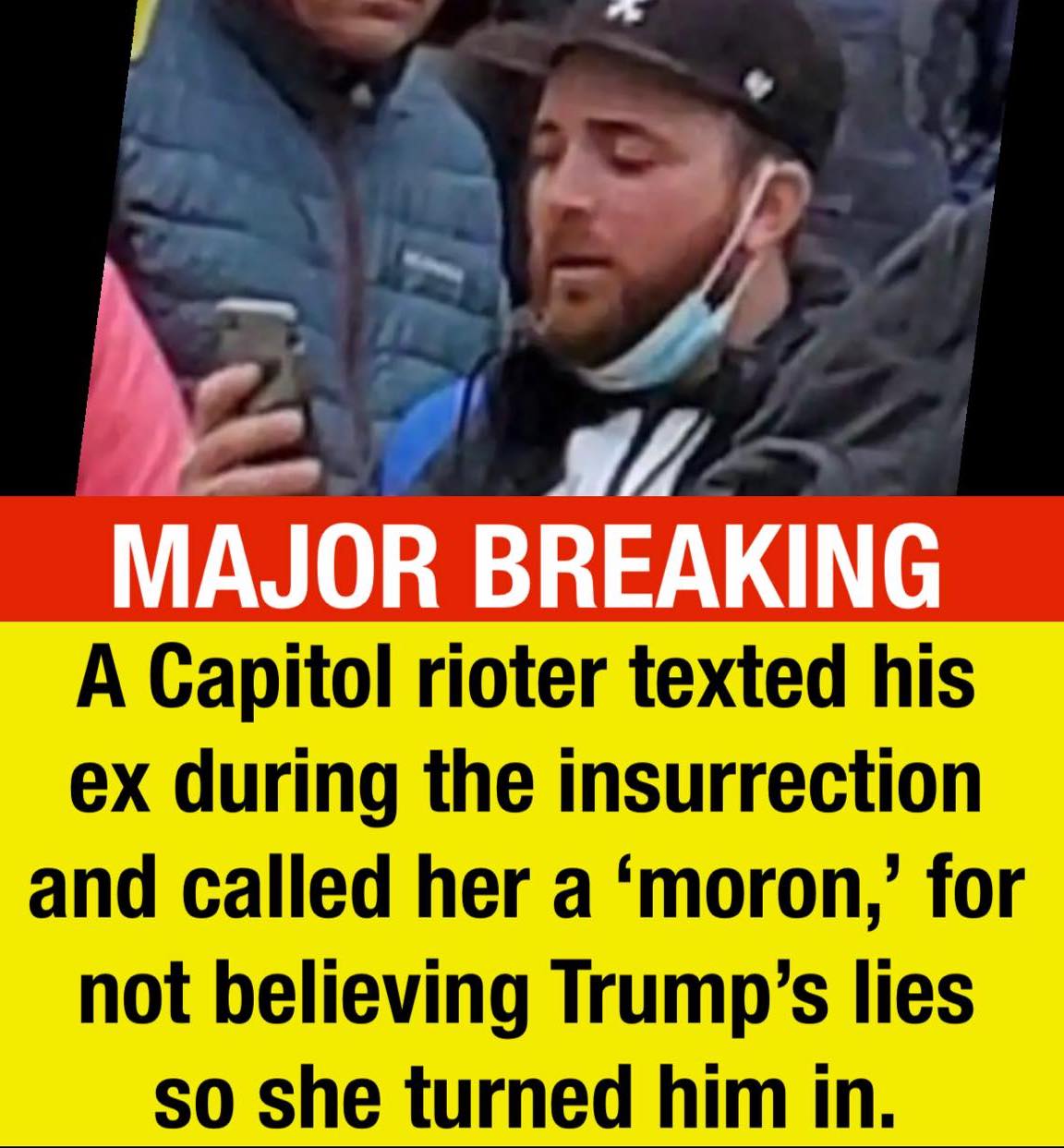 The exact text: “If you can’t see the election was stolen you’re a moron.”

Michetti was charged with ‘entering or remaining in restricted building or grounds, violent entry and disorderly conduct on Capitol grounds, obstruction of justice’ as well as a charge making him punishable as a principal.