“That man voted to convict a president for lying about a sex act,” Chris Cuomo ranted on his CNN show last night about Lindsey Graham, “but he won’t hold one accountable for an act of terror. And now he is spewing the same poison as the extremist perpetrators.”

Echoing what many Dems have said, Cuomo emphasized that if the Republicans acquit Trump, the same thing that happened on January 6th could happen again.

“The next time is on you, brother Graham,” Cuomo said, “and the others who are willing to ignore the obvious and play to the odious.” 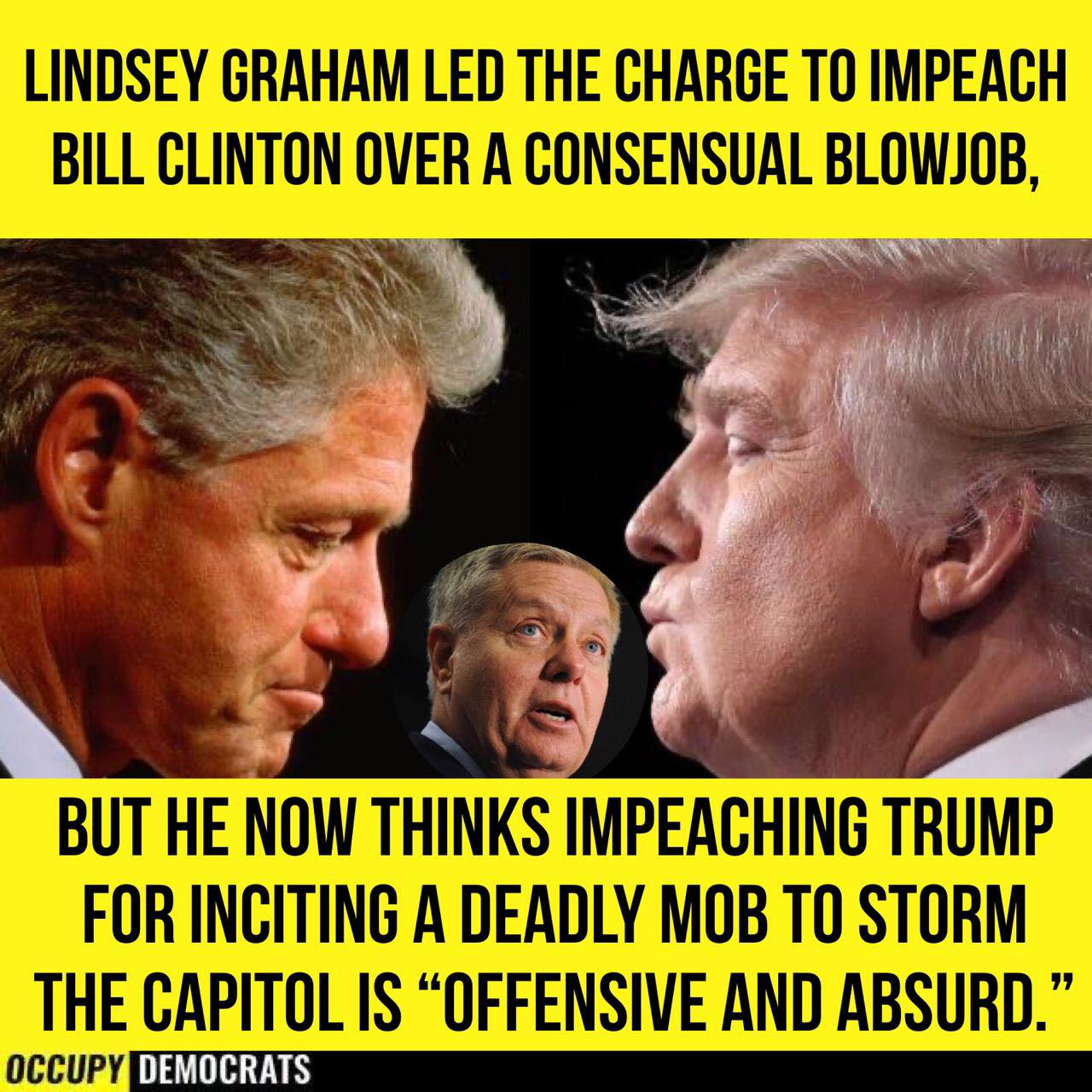