Thanks to NBA star LeBron James, exhausted firefighters had a warm and tasty meal when they came off the fireline at the Getty Fire.

Even though James and his family were evacuated, ‘King James’ gave back to the firefighters who are working 24/7 to put out fires throughout L.A.

“Thank you, @KingJames, for generously sending a taco truck to support our @LAFD firefighters, first responders, and partner agencies working to fight the #GettyFire,” Garcetti tweeted, along with two images of firemen (firepeople?) lining up for tacos. 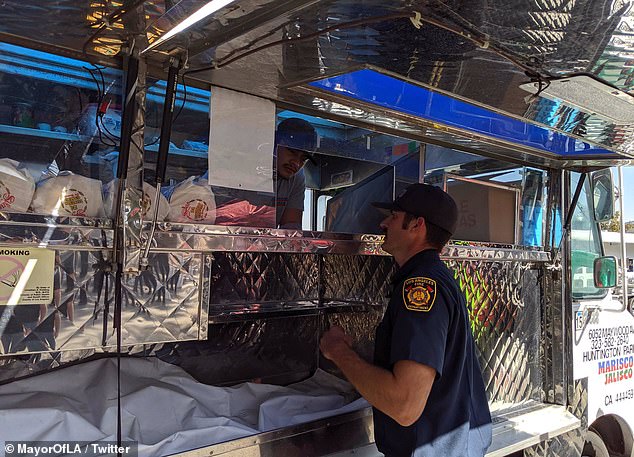 Before the Lakers game at Staples Center, LeBron praised the first responders:

‘My appreciation and loyalty to the first responders,’ the 34-year-old said in a news conference Tuesday prior to the Lakers home game at Staples Center. ‘Those guys, men and women are unbelievable, what they’re doing and their bravery throughout this time.’ 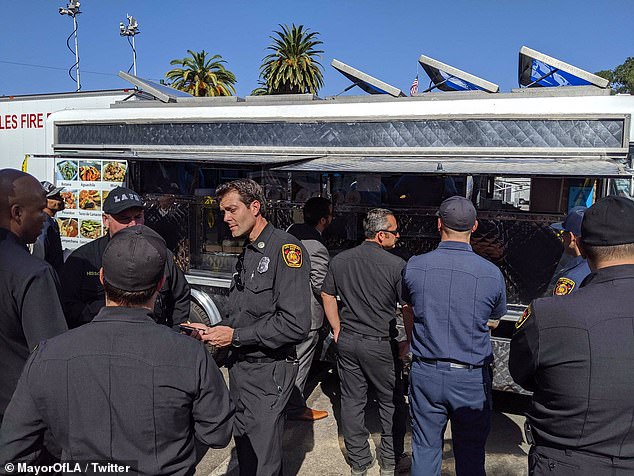