When Trump’s letter to Turkey’s President Tayyip Erdogan was made public, many people — ourselves included — couldn’t believe it was real.

‘I have worked hard to solve some of your problems. Don’t let the world down

Does that sound like an official letter from one President to another?

But it was indeed the real deal from the infantile President. So Hillary Clinton spoofed him on Twitter by sharing a supposedly official letter from JFK to the former Premier of the Societ Union Krushchev: 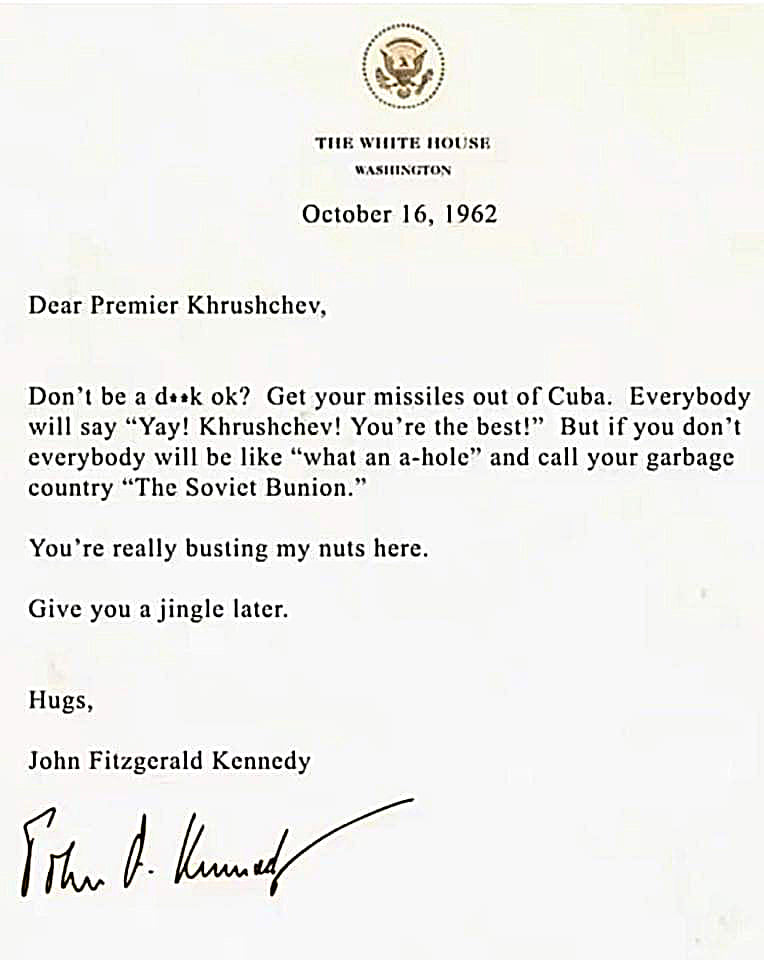