In a historic live broadcast of the impeachment hearings against President Trump, two career U.S. diplomats are testifying on Capitol Hill before the House Intelligence Committee.

In a typically partisan move, Republican Devin Nunes slammed ‘Democrats, the corrupt media, and partisan bureaucrats’ he claimed were seeking to ‘overturn the results of the 2016 election’ while Dem Adam Schiff added an air of balanced, measured and carefully thought out arguments of why Trump should be impeached over the Ukraine call.

Top U.S. diplomat in Ukraine William Taylor and George Kent, the Deputy Assistant Secretary of State for European and Eurasian Affairs are holding their own, with persuasive details about Trump withholding military aid to Ukraine until they agreed to investigate the Bidens.

Kent just testified he became aware of an effort by Giuliani and others ‘to run a campaign to smear Ambassador Yovanovitch and other officials at the U.S. embassy in Kiev’. 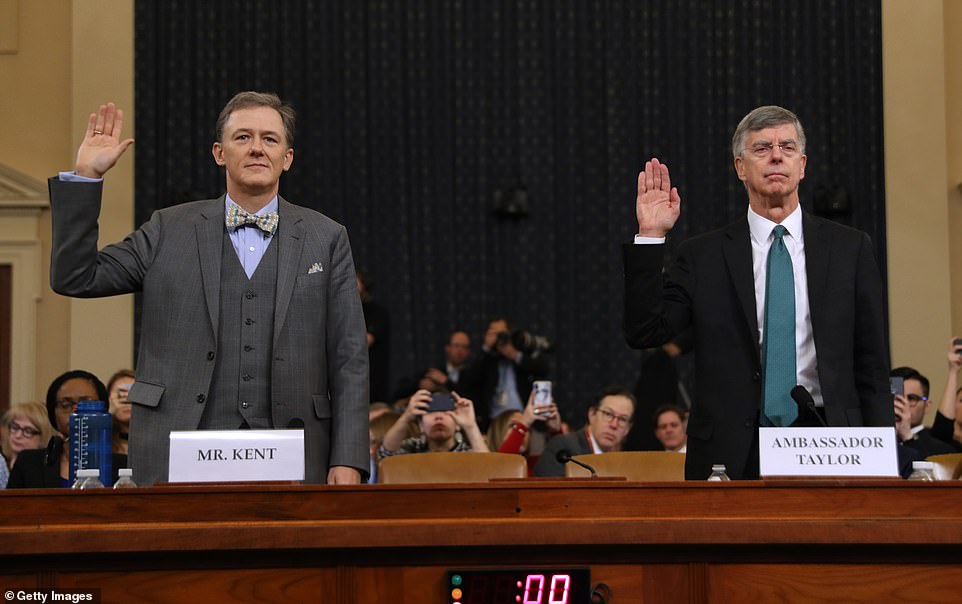