Don’t worry, Biden is not coming for your hamburgers.

It all started when John Roberts, a FOX News anchor, claimed that Biden’s climate agenda means people need to ‘say goodbye to your burgers’ falsely claiming that the President wants to “cut 90% of red meat from diet, max 4 lbs per year, one burger per month.”

They even aired a graphic purporting to show that Americans were asked to ‘cut 90% of red meat from their diet.’ 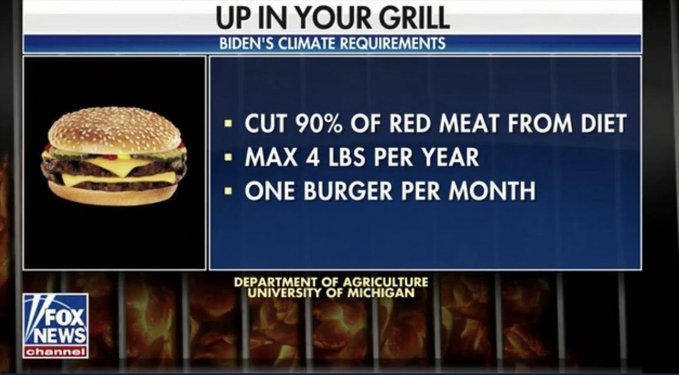 Of course, Biden said no such thing but by the time Roberts apologized and admitted that Fox had got it wrong, the story had gone wide, showing up on conservative sites all over the country and setting fire to social media.

“That is not the case,” Roberts curtly said in response.