After FBI agents raided Rudy Giuliani’s Upper East Side apartment Wednesday, Four Seasons Total Landscaping sprung into action, tweeting this photoshopped image of FBI agents in front of their business with the caption ‘Wrong apartment. We kicked him out months ago.’ 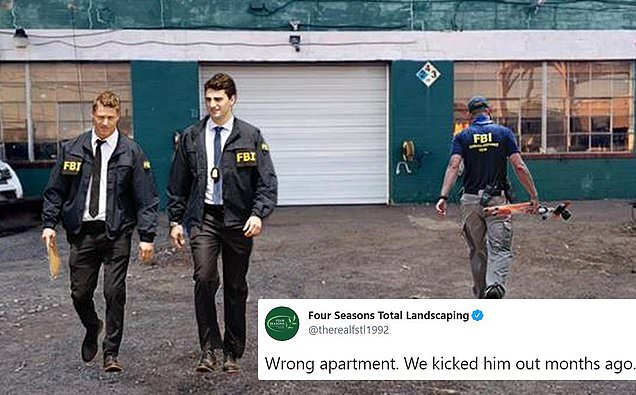 You’ll remember the infamous moment last year when Trump announced a ‘big press conference’ at the ‘Four Seasons’ which forced the upscale hotel to clarify that it wasn’t being held at their Four Seasons Hotel Philadelphia, but rather at the landscaping business with the same name in a gritty part of the city.

Since that time, Four Seasons Total Landscaping has trolled Rudy and Trump, even selling merchandise such as a ‘Lawn & Order’ mask for $10 and ‘Make America Rake Again’ stickers for $5.

You gotta love their sense of humor.