‘I was appalled like you at the violence and destruction that we saw that day,’ Wray told senators.

‘The problem of domestic terrorism has been metastasizing across the country for a long time now and it’s not going away any time soon,’ said Wray.

Senate Judiciary Chairman Sen. Richard Durbin added that violent white supremacist violence and domestic terrorism is ‘the most persistent and lethal threat in the homeland.’

Wray told lawmakers federal agents have made over 270 arrests since January 6th, with 270,000 digital media tips from Americans.

‘Some have even taken the painful step of turning in their friends or their family members,’ he said.

President Joe Biden’s administration has tasked his national intelligence director to work with the FBI and Department of Homeland Security to assess the threat. 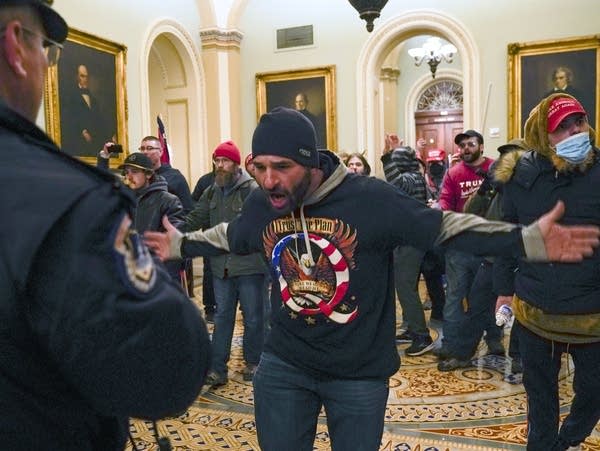