‘He’s a coward. A real man wouldn’t lie to his supporters. He lost his election and he lost big. I know it, he knows it and, deep down, I think most Republicans know it.’ 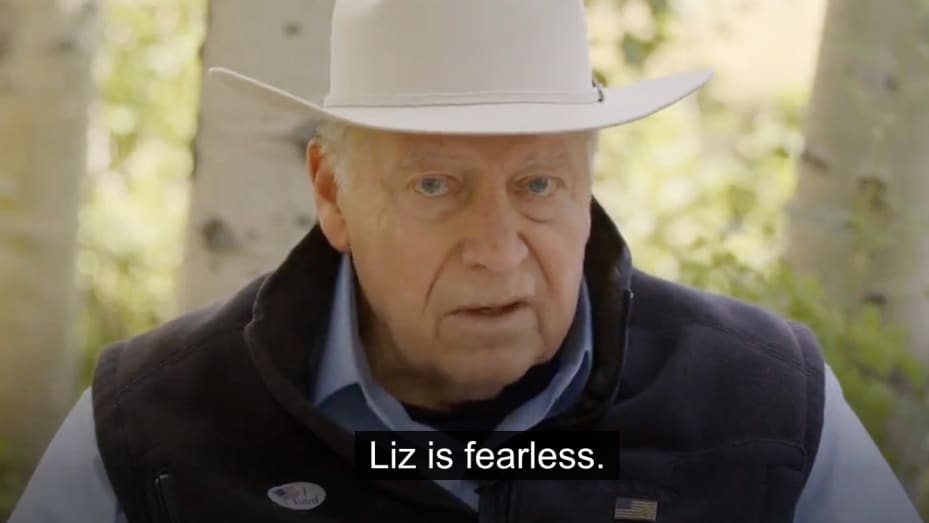 In the ad, Dad Cheney defends her work on the House select committee, calling her ‘fearless.’

MS. Cheney is fighting a competitive Republican primary in her home state of Wyoming, with Trump — in retaliation —  supporting the other candidate.