After claiming that he had no messages about Sandy Hook on his phone, conspiracy theorist Alex Jones was caught in a lie when told that his lawyers had accidentally handed over hundreds of text messages. It proves that Jones lied about spreading misinformation about the Sandy Hook shooting and its victims. 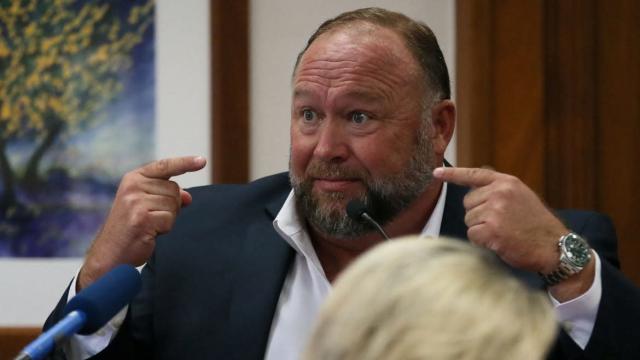 Alex Jones has said he’s ‘broke’ and can’t pay any restitution but his phone messages show that his InfoWars show was making $800,000 a day . Two weeks into the trial, Jones declared bankruptcy but the judge saw through that too.

Alex Jones appeared shocked as he was told his lawyers had accidentally handed over hundreds of text messages by mistake after he told a court that they did not exist, after admitting that the Sandy Hook massacre did happen.

“You are already under oath to tell the truth,” Judge Gamble said Tuesday. “You’ve already violated that oath twice today, in just those two examples. It seems absurd to instruct you again that you must tell the truth while you testify. Yet here I am again.”
“This is not your show,” Gamble added to him Wednesday.

If convicted of perjury, Jones could face up to 10 years in jail.