The couple in Martinez California who defaced a Black Lives Matter mural — an officially sanctioned mural — have been charged with hate crimes plus vandalism under $400, possession of tools to commit vandalism or graffiti. 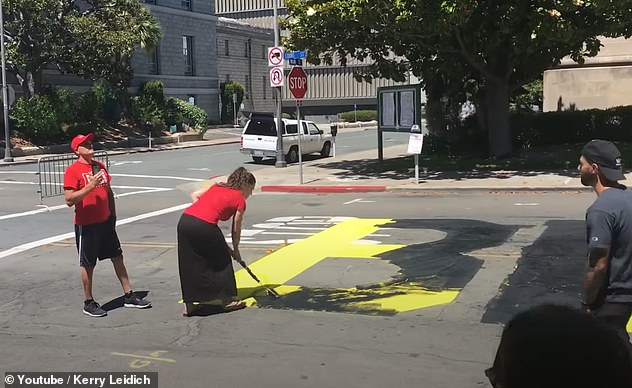 Captured on video trying to paint over the mural with paint, the Trumpsters tried to defend their actions when an onlooker complained.

‘There is no oppression. There is no racism,’ the man says. ‘It’s a leftist lie…from the media.’

The woman then becomes enraged at the witnesses and exclaims ‘keep that s****’ in f****** New York! It’s not happening in my town!’

Keeping it classy as always.