Surprisingly, this was backed up by his medical team who said that while Trump was not ‘out of the woods’, and that the President did not put any pressure on doctors to release him, despite reports he was ‘done’ with staying in the hospital fearing it made him look ‘weak.’

Don’t be afraid of COVID? Tell that to the over 200,000 Americans who have still died from the deadly virus. 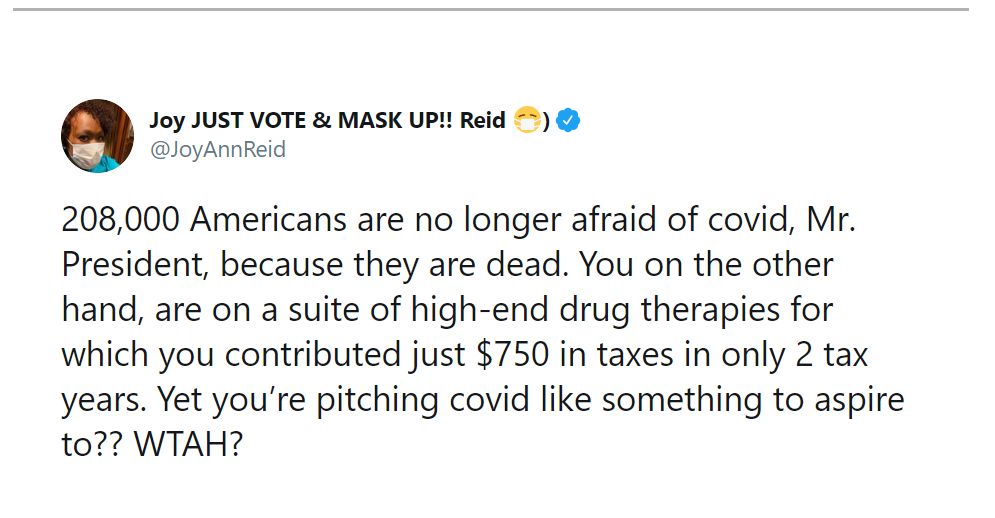