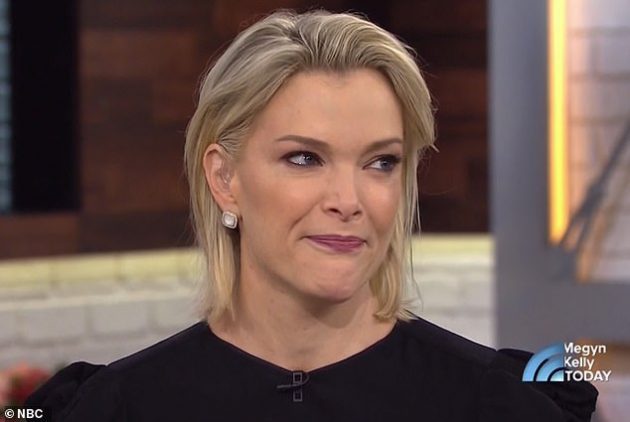 Just 48 hours after TV host Megyn Kelly apologized for defending blackface — in yet another controversy created by the morning star — NBC pulled her live show to play re-runs and this morning NBC cut the over-paid Kelly loose.

‘Megyn Kelly is done. She is not ever coming back,’ said an NBC executive close to the top. ‘We are just working out the timing of the announcement but mark my work – she is gone and will never be seen on NBC live again.’

Disliked by her bosses and her staff, Kelly even alienated Today hosts with her comments and TV segments about  Matt Lauer and Tom Brokaw whom she claimed to know personally, claiming she had facts that ‘no one else knew.’ 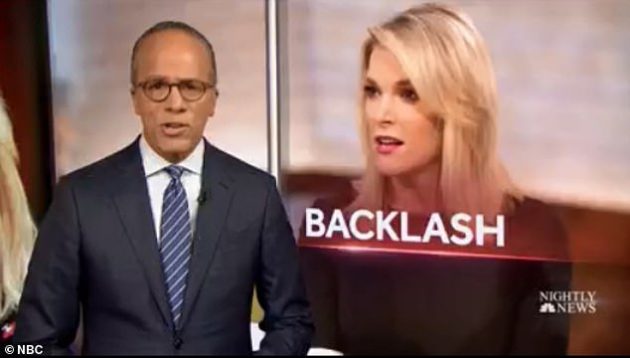 In an effort to make her show successful, the alienating Kelly stirred up controversy at every turn, but this time it was too much for her bosses at NBC. What remains to be negotiated is her ludicrous $69 million dollar contract. Maybe NBC can use the ‘morals’ clause so they don’t have to pay?