Is this the smoking gun?

In breaking news, Donald Trump has been caught on tape yelling ‘Get rid of her!’ in a discussion about ambassador to the Ukraine Marie Yovanovitch. In the recording, the voice of the President is also heard directing ‘Get her out tomorrow. I don’t care. Get her out tomorrow. Take her out. Okay? Do it.’

The recording was made during a dinner at the Trump Hotel in Washington on April 30, 2018  that included Lev Parnas and Igor Fruman – the two now indicted henchmen of Trump’s personal lawyer Rudy Giuliani

It had been widely rumored that Trump wanted the ambassador fired because she stood in the way of his Ukraine agenda. 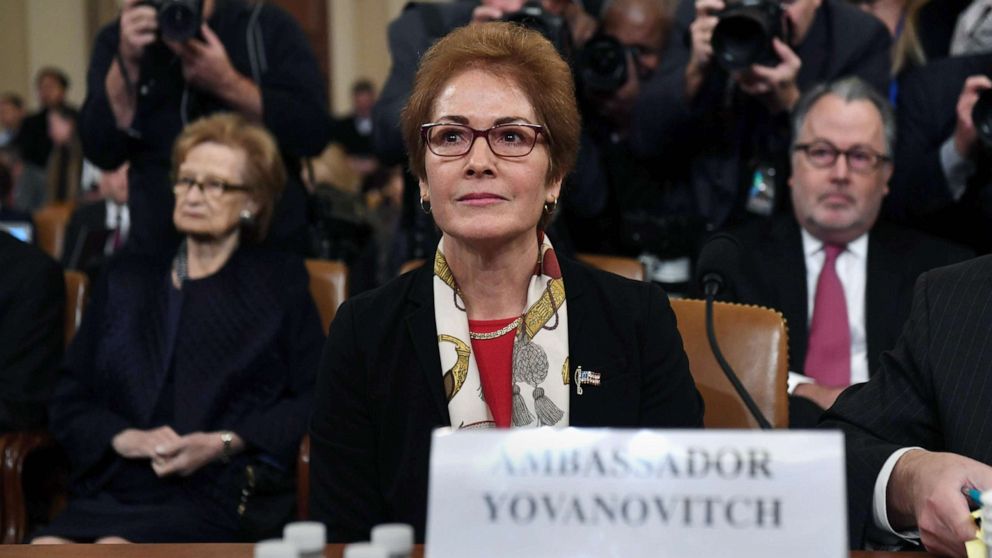 Lev Parnas (who Trump still denies ever knowing) says on the tape: ‘The biggest problem there, I think where we need to start is we gotta get rid of the ambassador. She’s still left over from the Clinton administration.’

That was when Trump started yelling ‘Get rid of her!’

A pissed-off Parnas turned the call over to Federal authorities after Trump’s repeated claim that he ‘never met the guy’ despite now dozens of photos of them together:

‘I don’t know him at all, don’t know what he’s about. Don’t know where he comes from. Know nothing about him,’ he said. By one count he denied knowing Parnas 14 times.

Meanwhile, Yovanovitch testified during the impeachment inquiry that she was recalled based on ‘unfounded and false claims by people with clearly questionable motives’ that she was disloyal to and undermining the president.

On his apology tour, Parnas told Rachel Maddow last week Parnas that he now regrets trying to get her fired just because she was impeding Trump’s plan to dig up dirt on his political opponent Joe Biden.

Trump should be careful who he turns on next.