Remember the adorable bomb-sniffing Ukrainian tiny Jack Russell terrier called Patron who is credited with detecting more than 200 undetonated explosive devices since the beginning of the war in late February? 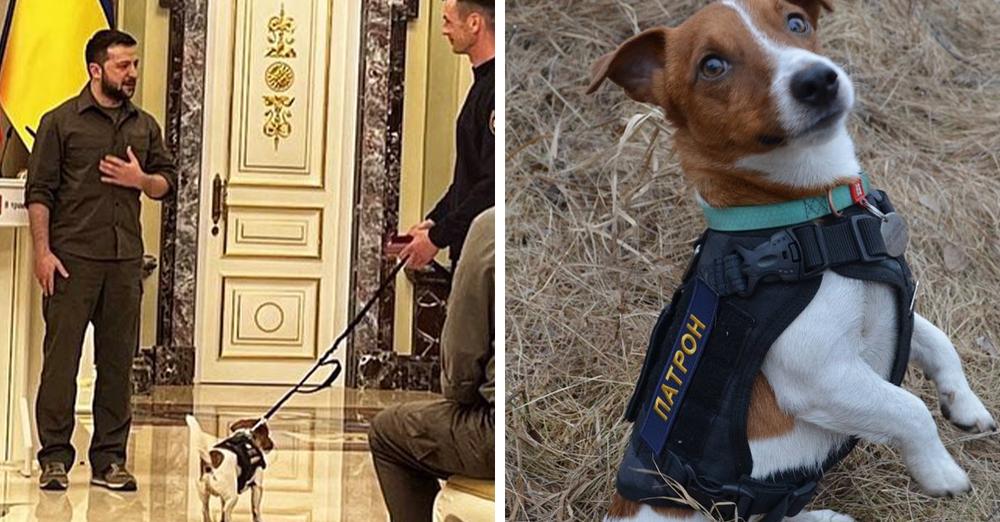 Today Patron, whose name means ‘ammo’ in Ukrainian, received a medal for his service.

Along with his owner, Mykhailo Iliev of the Civil Protection Service, they were presented medals at a ceremony attended by Canadian PM Trudeau who was there to meet with the President.

President Zelensky said: “Today, I want to award those Ukrainian heroes who are already clearing our land of mines. And together with our heroes, a wonderful little sapper – Patron – who helps not only to neutralize explosives but also to teach our children the necessary safety rules in areas where there is a mine threat.”

Little Patron was trained to discover bombs by recognizing the smell of gun powder. 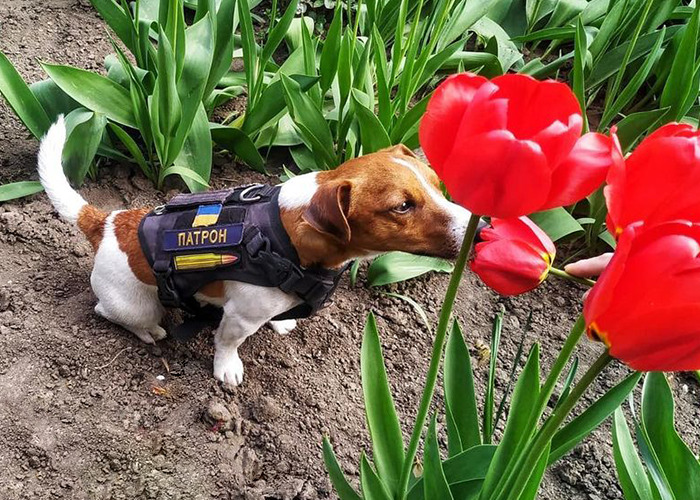