On the campaign trail, Biden had said  ‘Let’s put dogs back in the White House,’ a dig at Trump who had no pets. And on Sunday the family brought their two doggies to the West Wing, and by all accounts, they are fitting in nicely.

Major, the handsome German Shepard is the first-ever rescue dog to live at the White House, which sends a message to the American people — Adopt Don’t’ Shop. 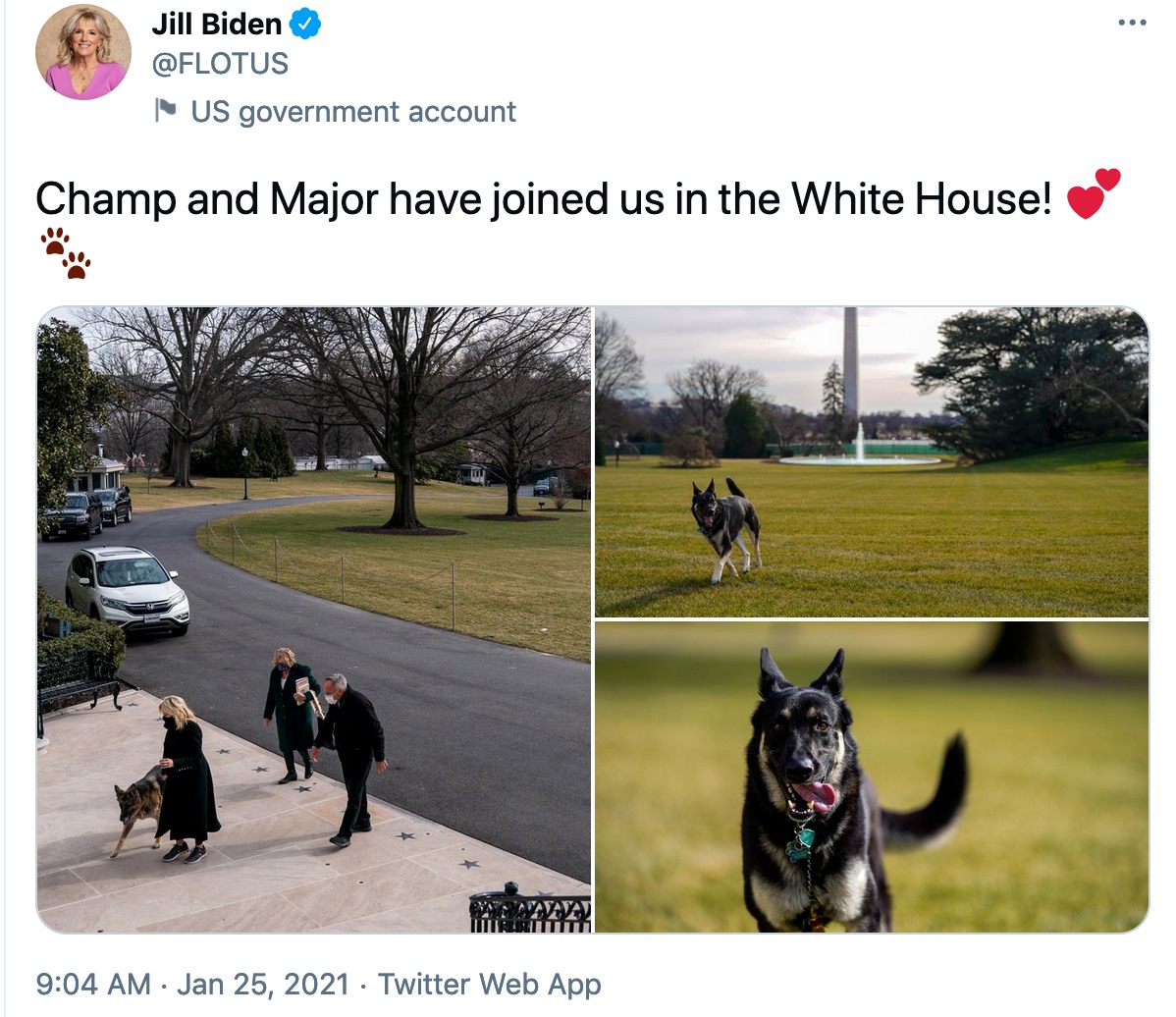