In a stunning development Thursday morning, the WikiLeaks founder was handcuffed and forcibly dragged out of the Ecuadorian Embassy by British police. After hiding out in the Embassy since 2012, Assange has been charged with breaking bail conditions following rape allegations in Sweden, but what really seems to have prompted this dramatic move is the pressing extradition request by the US.

Assange has always feared extradition to the U.S., where he claims he could face the death penalty for the mass leaking of highly-classified documents through WikiLeaks.

Authorities are not taking any chances this time;  Assange will remain in custody until a May 2 extradition hearing. 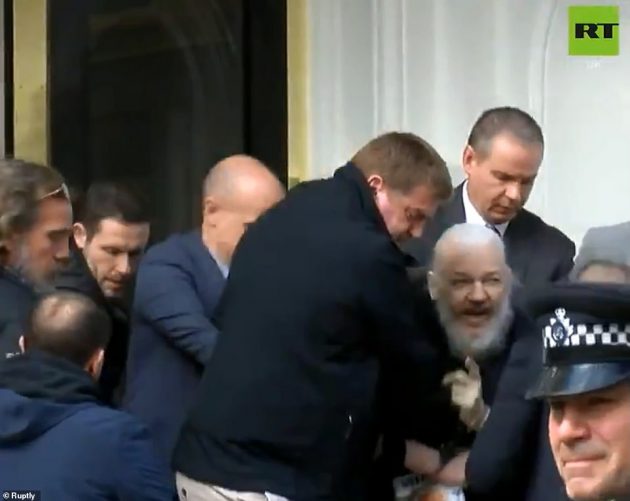