Wednesday, a bored Trump filed a class-action lawsuit against Facebook, Twitter and Google for ‘censoring him’ and said he wants an end to Big Tech’s ‘silencing and blacklisting’ of conservative voices.

‘There is no better evidence that big tech is out of control than the fact that they banned the sitting President of the United States earlier this year, a ban that continues to this day,’ he said.

He also boasted he was ‘demanding’ punitive damages up to ‘trillions’ of dollars from the social media giants.

Trump conveniently forgets that he was banned from the platform because of his Capitol riot posts where he incited the crowd to take over the Capitol because he was peeved he hadn’t won the election. 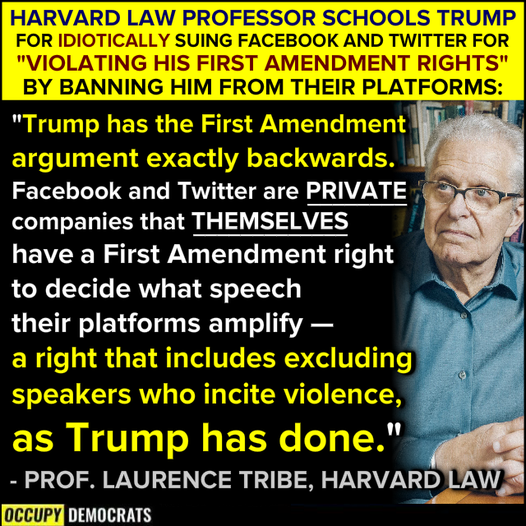