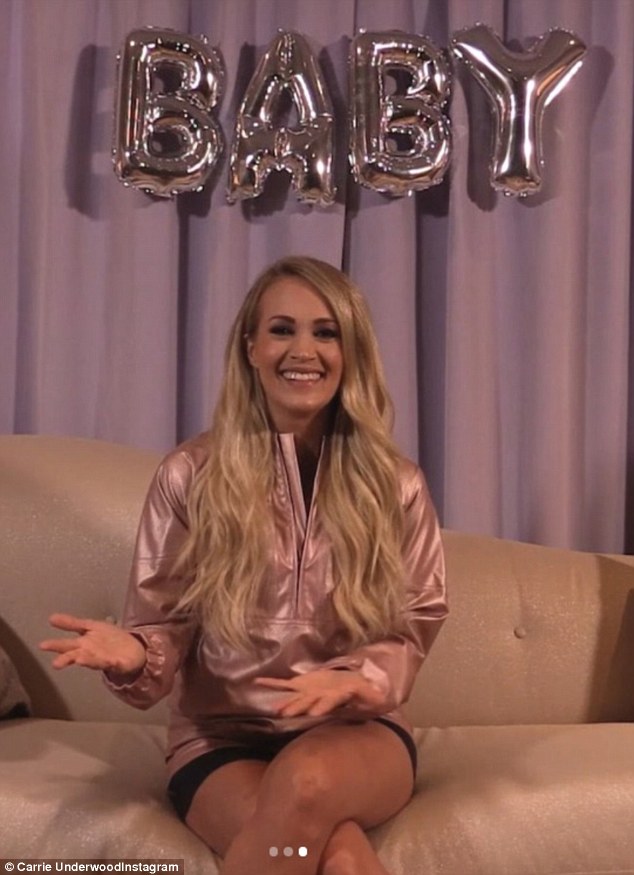 Singer Carrie Underwood found a novel way to tell her fans that she wouldn’t be going out to support her upcoming album until NEXT May, a good eight months after the record release.

‘You might be wondering or asking, “Carrie, why is your tour starting in May?”‘

Then the camera pulls back to show Carrie sitting under balloon letters spelling out the word ‘Baby’. This will be the second child with husband Mike Fisher, 38. The couple already share three-year-old son Isaiah.

So her video for the first single, ‘Cry Pretty’ is going to have to sustain us all for a bit.