HELSINKI, FINLAND – JULY 16, 2018: US President Donald Trump and Russia’s President Vladimir Putin during a meeting at the Presidential Palace.

In that private meeting in Helsinki with Russian President Vladimir Putin, only the translators were allowed in — and can reveal what was said between Trump and the dictator.

After Trump pledged allegiance to the Russian Motherland, Democrats are now asking for Trump’s translator, State Department’s Maria Gross, to testify before Congress on what went on.

However, since Republicans control Congress, the chances of getting a subpoena are slim. 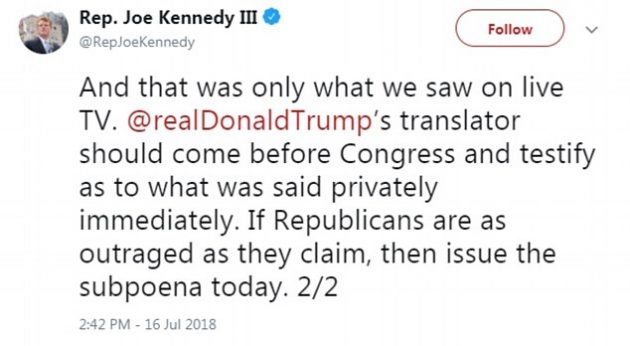