On Tuesday, Twitter slapped a fact-check label on two of Trump’s misleading tweets. It is the first time the social media giant has tagged his posts as ‘potentially misleading.’ Trump was whining that mail-in voting would result in ‘ a rigged election.’

Twitter’s label writes “Get the facts about mail-in ballots,” and points users to news articles about Trump’s unsubstantiated claim.

Predictably, the would-be dictator threatened that his administration ‘will begin to regulate and shut down social media sites’ which is clearly illegal. 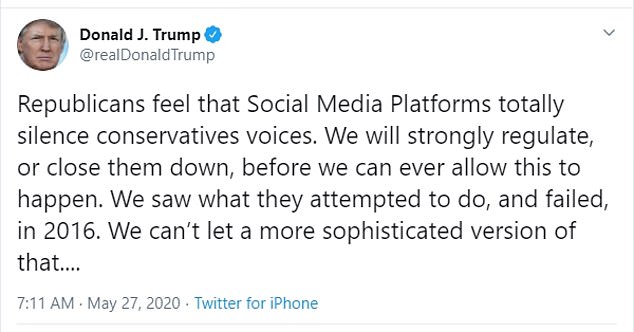 Trump also wildly claimed that Twitter was trying to interfere in the 2020 election.  Someone tell him that he is not King.