Looking more orange than usual, former President Donald Trump sat down for a TV interview with celeb chaser Piers Morgan…but it was a very short segment.

When Morgan tells Trump the 2020 vote “was a free and fair election. You lost,” Trump shot back with “Only a fool would think that.”

“I do now, yeah,” Trump responded. 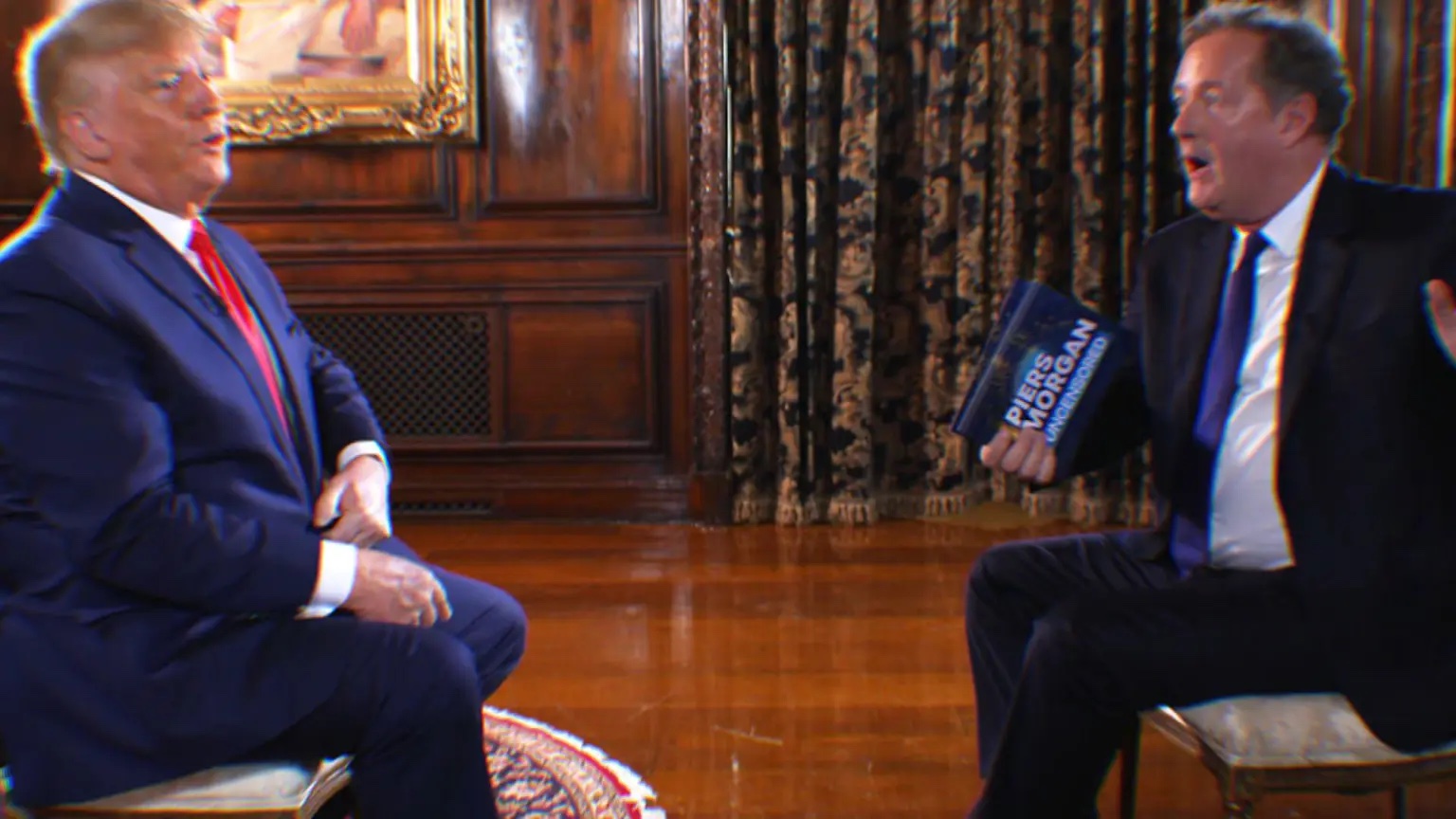 At another point, when Trump was pressed again about the election, he retorts:

“I think I’m a very honest man … much more honest than you, actually.”

An increasingly frustrated Trump, who no doubt expected to be fawned over, abruptly stands up, ending the interview by saying “I don’t think you’re real,” and turns to the  turning to the production crew, calling his interviewer “very dishonest.”

Morgan later recalled that Trump called him a fool six more times in the interview, described Senate Minority Leader Mitch McConnell (R-Ky.) as “stupid” and his own vice president, Mike Pence, as “foolish and weak.”