Meet Patron, the two-year-old Jack Russell terrier who has been sniffing out Russian bombs in Ukraine and saving countless lives.

Patron works with State Emergency Service rescuers in the northern city of Chernihiv, where, when he’s not on the job, his owner says he enjoys playing and is a ‘very good boy.’ 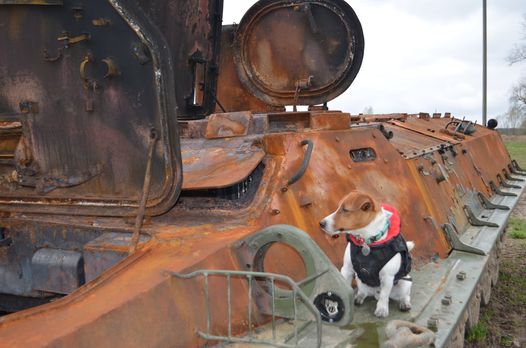 Reportedly, Patron has neutralized nearly 90 explosives since the start of the Russian invasion.

“One day, Patron’s story will be turned into a film, but for now, he is faithfully performing his professional duties,” tweeted Ukraine’s Center for Strategic Communications.

Here’s the little hero at work: