Republican Representative Matt Gaetz of Florida is now under investigation by the DOJ  for ‘violating Federal Sex Trafficking Laws.’

Reportedly, Gaetz had a sexual relationship with a 17-year-old and paid for her to travel with him, which meant he took her across State borders. 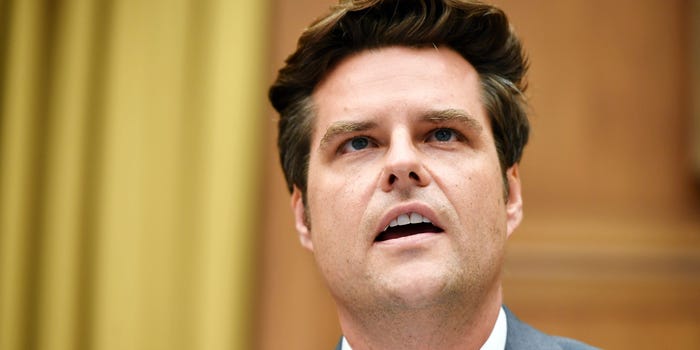 Naturally, Gaetz has denied the charges but it’s stranger than that; he claims the investigation is part of an elaborate scheme involving “false sex allegations” to extort him and his family for $25 million.

And if that weren’t enough, last night on FOX News — which host Tucker Carlson said was “one of the weirdest interviews” of his media career — the Florida congressman made a point of denying that there are pictures of him “with child prostitutes.”