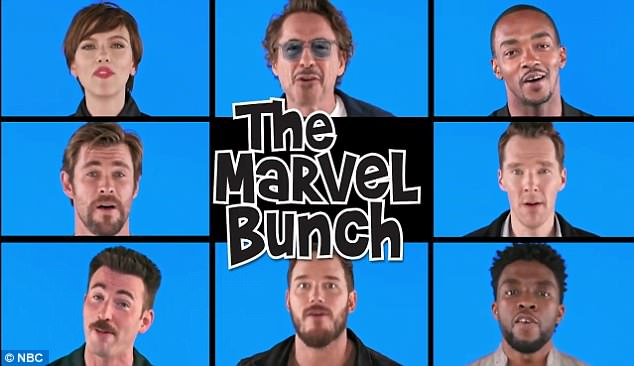 Robert Downey Jr started it off, singing ‘Here’s the story of a playboy genius who was gearing up to form some sort of crew.’
Then his co-stars in ‘Avengers: Infinity’ joined in the spoof of the theme song from the American sitcom The Brady Bunch.

Airing during  The Tonight Show With Jimmy Fallon on Wednesday night, it quickly went viral, though god knows the film doesn’t need any help as it is expected to rule at the box office.