So disgraced ex-lawyer Rudy Giuliani was campaigning for his son at the ShopRite on Staten Island on Sunday when a man came up behind him and slapped him on the back.

The 78-year-old former New York City mayor claims he was ‘shaken’ and described it to police this way:

“All of a sudden, I feel this ‘Bam!’ on my back,” Giuliani said. “I don’t know if they helped me not fall down, but I just about fell down, but I didn’t.

“I feel this tremendous pain in my back, and I’m thinking, what the — I didn’t even know what it was,” he said. “All of a sudden, I hear this guy say, ‘You’re a f–king scumbag,’ then he moves away so nobody can grab him. 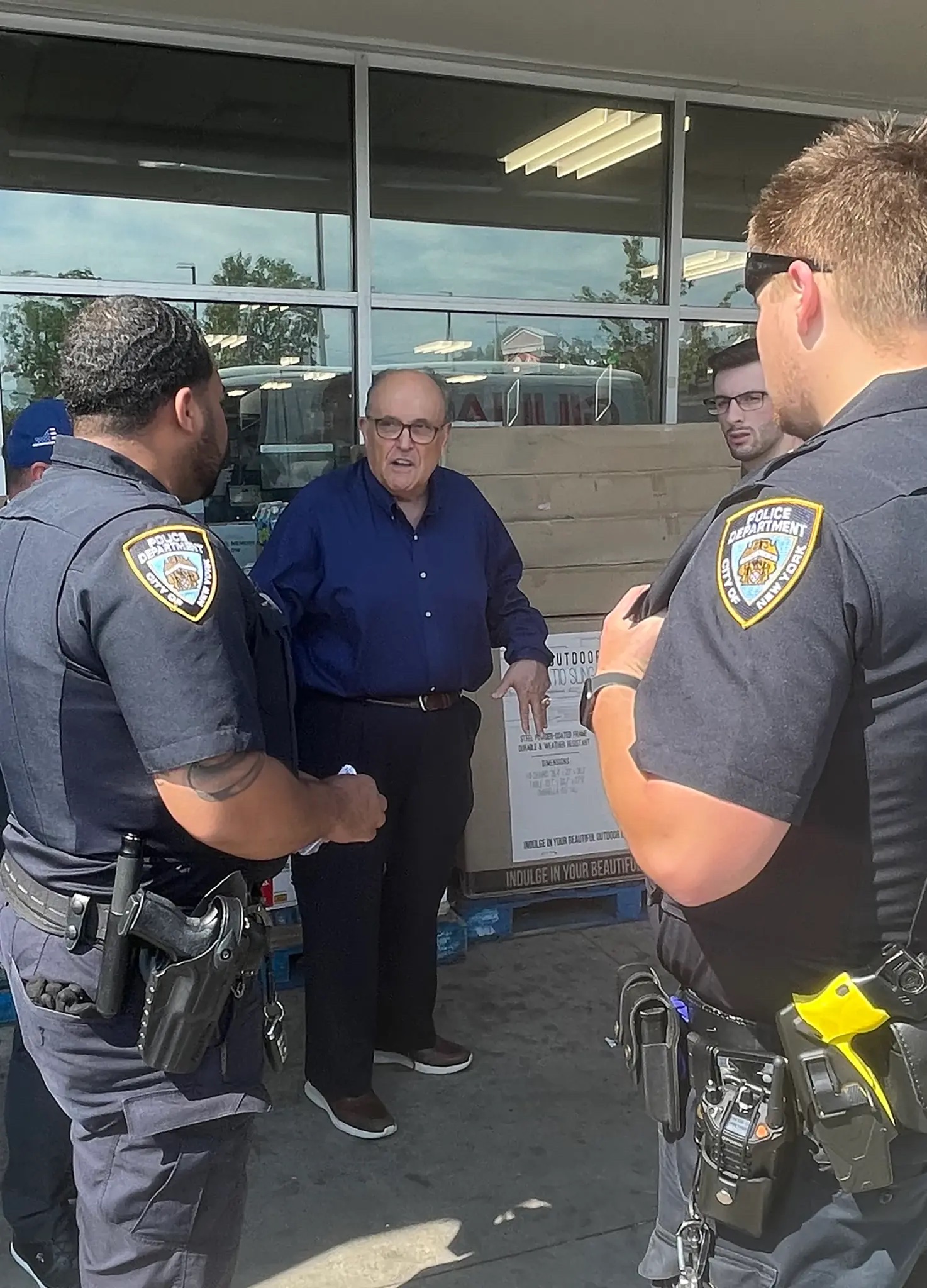 The ex-mayor, calling in a radio show, said the slap felt like “somebody shot me,” and “Luckily, I’m a 78-year-old who is in pretty good shape.”

“Rudy Giuliani gets caught in another lie — at a supermarket” blares the Washington Post.