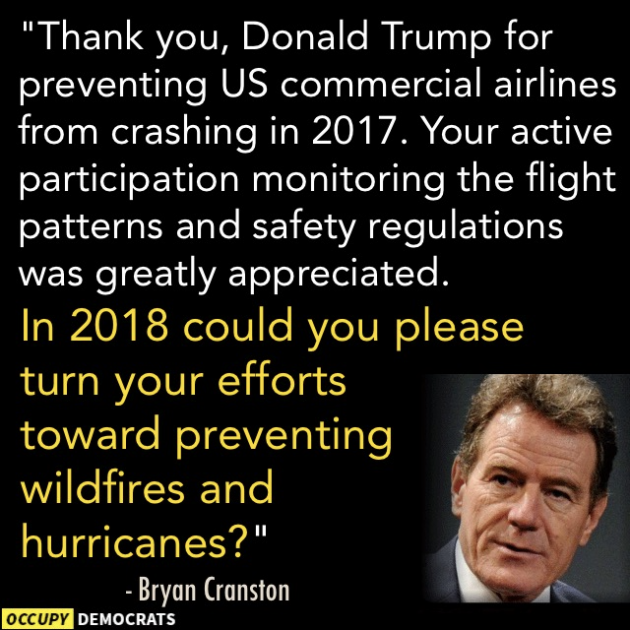 After President Trump Tweeted that he was responsible for the commercial airline safety record last year — the safest year on record — critics have had a field day.

“Since taking office I have been very strict on Commercial Aviation,” Trump tweetedTuesday morning. “Good news – it was just reported that there were Zero deaths in 2017, the best and safest year on record!”