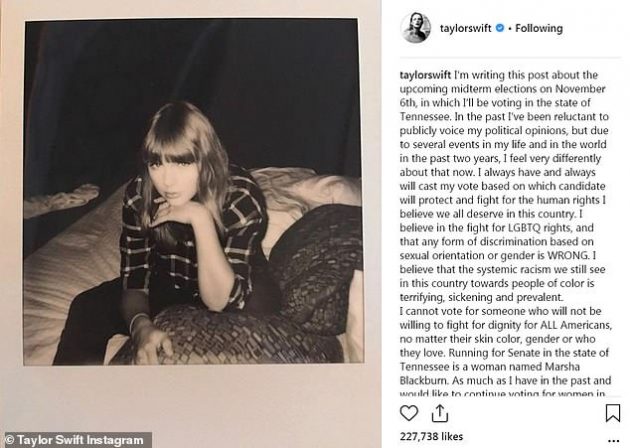 Pop superstar Taylor Swift has never said where she stands politically, so it was good news today (for some of us, anyway) when Swift came out in favor of  Democrat contenders, former Tennessee governor Phil Bredesen for Senate and incumbent Jim Cooper for House of Representatives.

Writing in a powerful Instagram post, Swift said she refuses to vote for someone ‘who will not be willing to fight for dignity for ALL Americans, no matter their skin color, gender or who they love’ which was a swipe at GOP candidate Marsha Blackburn whom she says ‘terrifies me.’ The conservative politician, Blackburn, votes against gay marriage, supports business owners who refuse service to gay couples, voted against equal pay laws, and against a bill which aimed to protect women from domestic violence. 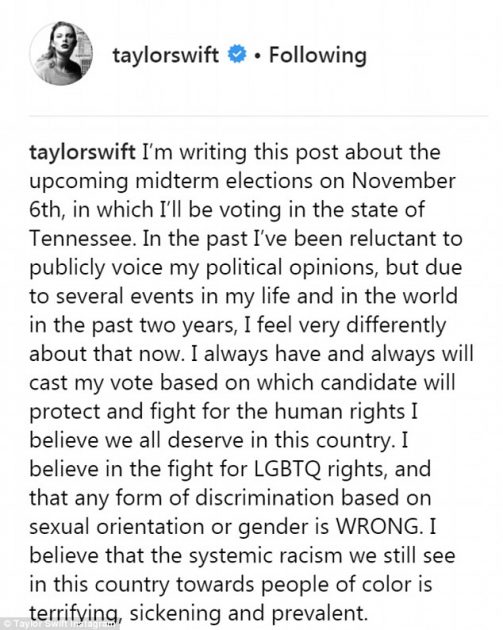 Swift also encouraged her fans to vote come November. Could we love her more?