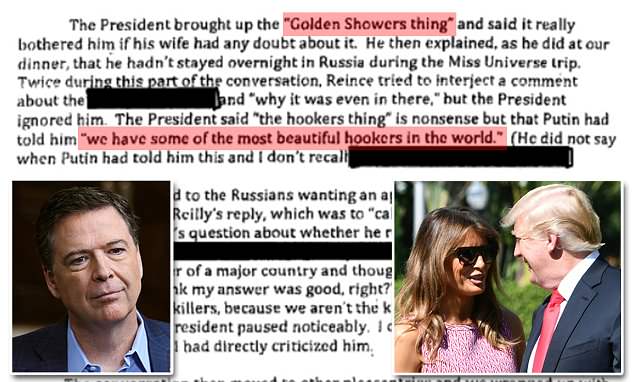 Boy, bet the House Republicans are regretting pushing to get fired FBI Director  James Comey’s notes on his meetings with Trump released to the public.

While there are no treasonous revelations, some of the discussions in the White House are mind-boggling. Remember, this is the President speaking about Russian President Vladimir Putin telling him Russia had the “most beautiful hookers in the world.”

And according to Comey – who Trump brands a liar and a leaker – the president twice brought up what he called ‘the golden showers thing’ in order to dispute salacious claims in the Steele dossier, calling the rumor  a ‘complete fabrication.’

‘The President brought up the ‘Golden Showers thing’ and said it really bothered him if his wife had any doubt about it,’ Comey wrote in the memo.

In one memo, Comey recounted how Trump once pointed his fingers at his head and complained that Flynn had ‘serious judgment issues’

Naturally, the President has Tweeted about it: 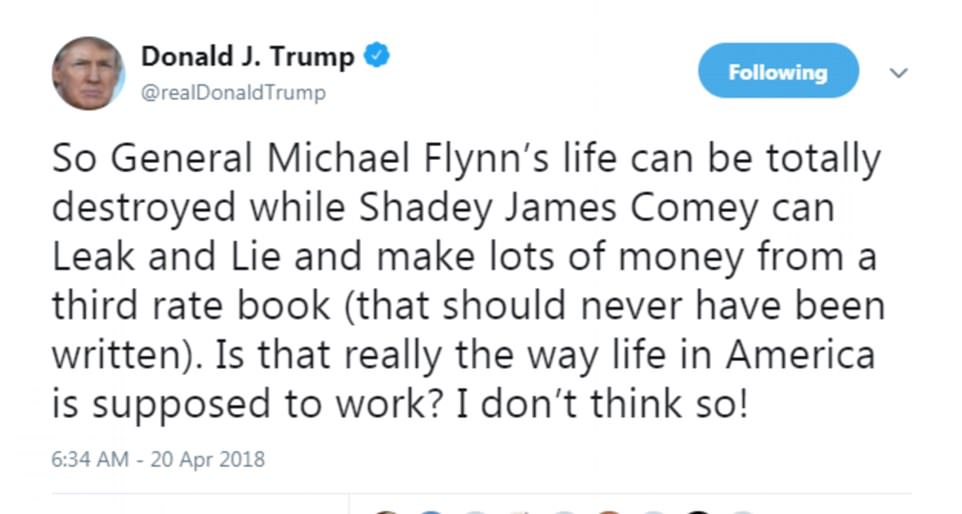