There won’t be the usual crowds but Dick Clark’s New Year’s Rockin’ Eve With Ryan Seacrest is going ahead as planned with performances from JLo, Billy Porter, Cindy Lauper, Jimmie Allen, Machine Gun Kelly, Andra Day and Gloria Gaynor, among others.

Jennifer Lopez flew to N.Y. to re-tape a segment and rehearse in a Blue Balmain gown which turned her into a fairy princess (if Princesses rocked black stiletto boots.) 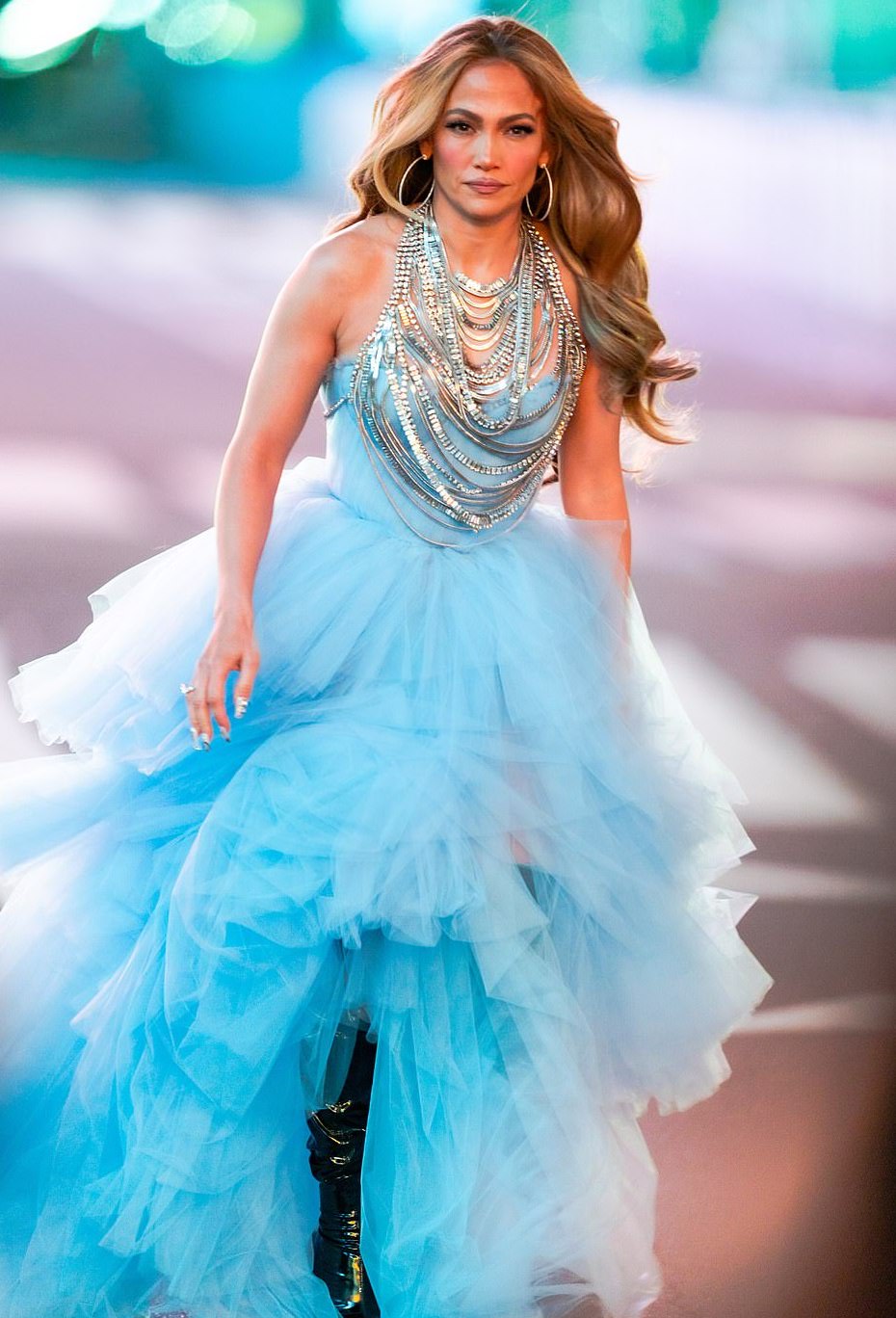