(The show also took home two trophies (for casting and costumes) at the Creative Arts Emmys, bringing its total count to nine.)

The much-loved show took down some serious competition:  The Marvelous Mrs. Maisel, Curb Your Enthusiasm, Dead to Me , The Good Place, Insecure, The Kominsky Method, and What We Do in the Shadows.

This was Catherine O’Hara’s first Emmy, for her role as Moira Rose on “Schitt’s Creek.”

Like many presenters, Daniel Levy who created the show with his dad, Eugene Levy, urged viewers to vote: ‘Oh, boy. Our show at its core is about the transformational effects of love and acceptance. We need it now more than ever before. If you have not registered to vote, please do so, and then go out and vote.’

The cast gathered for a socially distanced party in their home country of Canada, rumored to be at Eugene’s Levy’s home. 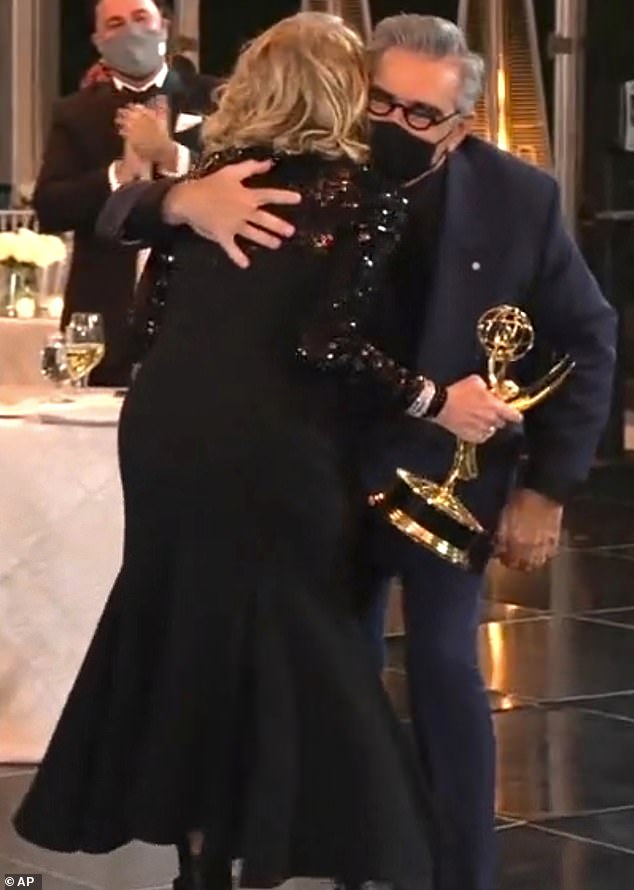