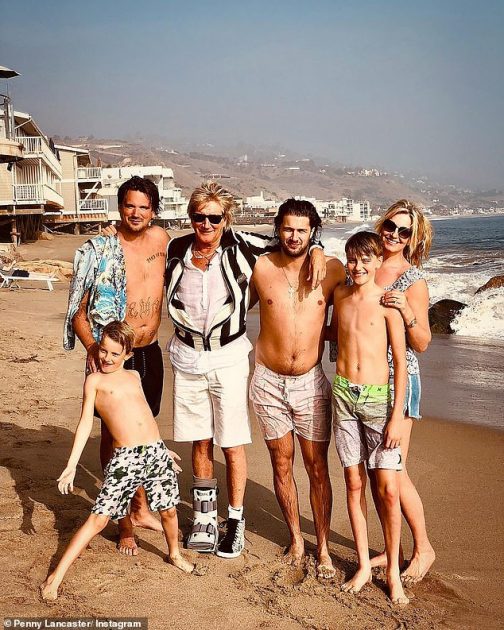 While he’s not quite at Mick Jagger’s count, rocker Rod Stewart has fathered eight children and getting a family shot is quite a feat. But they managed it in Malibu the other day, when third wife Penny Lancaster posted this pic on her Instagram account.

‘What do you think? Footballing injury. I was kicking around, I bought the boys an AstroTurf pitch because I don’t play much anymore. But we were playing the other day and I ran in the nettles to get the ball and trod on a great, big lump of concrete and this is what happened. It’s only a precautionary measure and I’ll be fine in a couple of days, he said.

You can never take the footballer out of the boy.